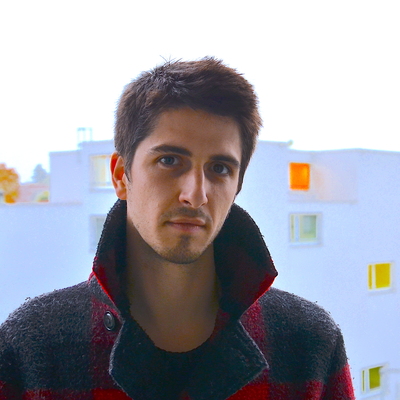 Indie Rock, Ticino – I am a multi-instrumental composer and music producer, born Switzerland (Ticino) in 1995. My artist name is "Gabriel Teller" (alias of Gabriele... Read Biography

I am a multi-instrumental composer and music producer, born Switzerland (Ticino) in 1995. My artist name is "Gabriel Teller" (alias of Gabriele Zambelli), and I officially began my solo career in October 2020.

At the age of 6 I started playing the piano and I took weekly piano and music theory lessons until 2019. At the age of 14 I started to play guitar as an autodidact. In 2011 I founded a group called "Quilisma", a trio which was inspired by artists such as Muse, Blur, David Bowie, Radiohead, Red Hot Chili Peppers, Coldplay, Pink Floyd, System of a Down, Nirvana. The group saw me in the lineup as the electric bass player, Egon Klett as guitarist, and Mathieu Bucciarelli as drummer. The composition of the songs and the role of lead singer were split between me and Egon. The experience with Quilisma ended in 2015.

After Quilisma I started to independently write and produce my own music, doing everything alone (writing music parts and lyrics; playing/singing and recording every instrument; mixing and mastering the songs; promote music). In the Pop field, my musical genre can be said to be similar to that of my idols, which are (apart from those already said) Queen, the Beatles, the Smiths, Jeff Buckley, Jimi Hendrix, Oasis, Fletwood Mac. I generally say that my genre is Indie Rock.

I released my first single "Song for a Friend" on the main music streaming platforms (spotify, itunes, google play, deezer, youtube music, amazon, pandora, tiktok, facebook/instagram, yandex,...) in October 2020 as a solo artist. In parallel, I'm doing a master of science in biomedical engineering at the University of Bern.

Registered since about 1 year
Last login on 3 December 2021