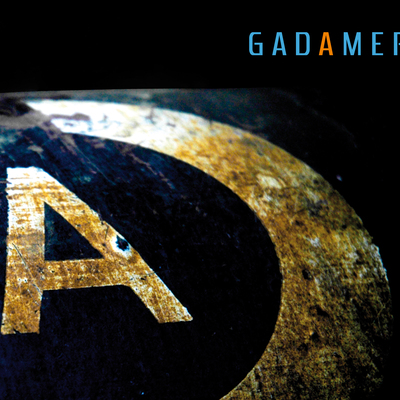 Electro, Ticino – Informazioni su GADAMER Gadamer Free improvisation, post-rock, ambient, techno and jazz - these are a few of the musical genres that could... Read Biography

Free improvisation, post-rock, ambient, techno and jazz - these are a few of the musical genres that could define the project named GADAMER. However, at the heart of the project we find a keyboard and a cello, who interact within acoustic and electronic atmospheres. A contemporary and coherent syncretism: this is the essence of the duel - originally in the live format and now on record - that Andrea Manzoni and Zeno Gabaglio have chosen to draw, which also converges their own personal musical experiences.

Zeno Gabaglio – cello, electric cello Born in Mendrisio, Switzerland, in 1979, Zeno is a musician with a classical background (studies in Lugano, Fiesole and Basel) and a degree in philosophy (Florence). He has been musically active in diverse areas, from pop-rock (Frankie Hi NRG, Gionata, Tibe, Francesca Lago) to electro-acoustic improvisation. In 2007 he published his first solo recording “Uno” for the Pulver&Asche label, receiving positive international acclaim.

Andrea Manzoni – piano, fender rhodes, Mini-Moog, Hammond organ. Born in Biella, Italy, in 1979, and musically trained in the classic (with the maestros Tiziano Poli, Nazareno Carusi and Antonio Ballista) and in the jazz (with Stefano Battaglia, Franco D’Andrea and Lawrence D. “Butch” Morris) domains, he has widened his artistic horizon by moving also towards the pop-rock sector (with the band “Lomé” – proposed as newcomer at the Premio Tenco in 2006 – and with Annalisa Minetti). He has performed in many concerts around the world, together also with celebrity artists such as Aldo Romano.

Gadamer is produced by Altrisuoni and Radio Svizzera ReteDue, with the support of the City of Lugano and the Raiffeisen of Mendrisio and Valle di Muggio.

Registered since over 12 years
Last login on 13 December 2008