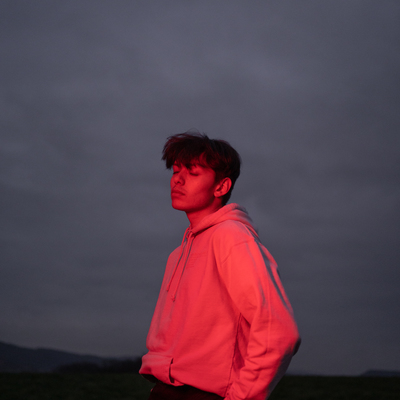 Vapor Soul, Basel-Stadt – Three words come to mind when entering the world of GIAN: Futuristic, atmospheric and urban. Having taught himself to be proficient in various... Read Biography

Three words come to mind when entering the world of GIAN: Futuristic, atmospheric and urban.
Having taught himself to be proficient in various instruments, production is his virtuosity. Being
completely self-produced, GIAN expresses his creativity through morphing and processing
sounds, effortlessly blending genres and concepts, treating the technical nature of music
production as an instrument of his own. His creative control and imprint is present during every
stage of the creation of his songs, which start with an idea - and more often than not - in his
bedroom. There, his music assumes form: Digital drums, synthesisers and reverberating tones
accommodate the raw sounds of his guitar. Dreamy vocals glide effortlessly over his self-made
beats, with a laid back delivery that blurs the line between singing and rapping.
Based in Basel, GIAN has received support and coverage of a multitude of notable outlets in
Switzerland, such as SRF Virus, SRF3 & punktCH, Lyrics Magazine, Rete Tre, RSI Radio Basilisk,
Radio Energy (Web) and more.
He can also be found on stage, where he has in collaboration with JustBecause played over 30
shows throughout Switzerland so far.
In November of 2020, GIAN will take you on a Journey with his “Bad Vacation” EP. Throughout the
space six months, he will tell his Story, releasing five songs which form a chapter in his life as a
person and artist.

Registered since over 5 years
Last login on 16 April 2021