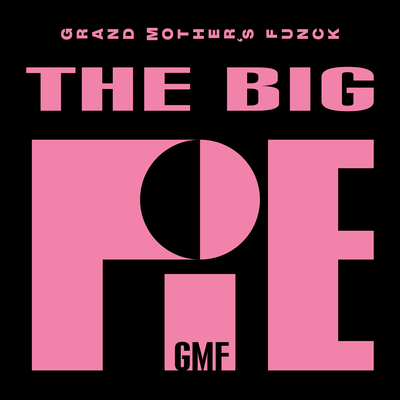 Just as Swiss funk was on the verge of going extinct, the GMF dinosaurs brought life back into the scene. After the successful comeback in 2017, Grand Mother’s Funck are now presenting their new album, The Big Pie, which will be released on iGroove April 3rd, 2020.
And a big pie it is: ten songs, two remixes, one sound-collage, Youtube clips and several pre-singles that will be released ahead of every concert of the release tour.

WHO IS WHO, the party song that poses existential questions! Who am I? Who knows who I am? Why do they know and WHO ARE THEY? - Who cares! The remix by the British star producer Livingstone Brown provides an extra boost for the dancefloor! (First of three Single Releases, February 28, 2020)

The Album also includes four jazzy instrumentals in which you can witness the band’s 28 years of experience. GMF have come a long way musically, having started off as teenagers in 1992, covering funk classics, animating crowds to shake everything they got and being a gate opener to the upcoming acid jazz wave. Since then they have published 160 songs. Grand Mother’s Funck have been working on their craft and have remained true to themselves. The African American music genre has been their main source of inspiration in creating their own music that moves people who feel the groove.