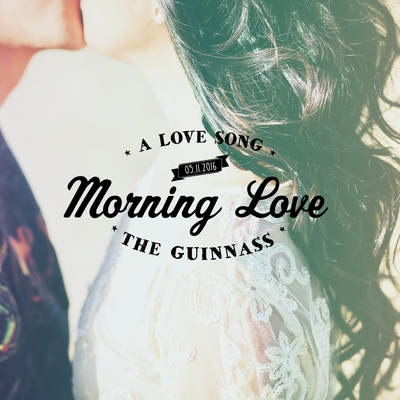 Pop, Ticino – Founded in 2000 by Martino Piccioli and Roberto Pellegrini, the band played with different musicians before forming the current lineup composed of:... Read Biography

The band’s sound is between brit pop and classic rock enriched with modern nuances, though it gets its inspiration from the pure ‘60s classic rock (Beatles, Rolling Stones, Who). While lyrics are based on the every-day experiences of the band.

In 2006, the band ranks 5th at the famous newcomer band contest ‘Palco ai Giovani’ (Lugano, Switzerland) and was given a special award (‘Premio Extra’) sponsored by the major regional newspaper (‘Corriere del Ticino’).

In 2007, The Guinnass takes part to the ‘Rock-Highway Contest’ (Zurich, Switzerland), reaching the semi-final session and receiving enthusiastic feedbacks from both the audience and the jury for the old-original sound.

In 2008, The Guinnass begin to collaborate with the Italian producer Antonio ‘Aki’ Chindamo at Auditoria Records (auditoria.it). The result is the band’s debut album, named after the band ‘The Guinnass’. Eric Van Aro writes: ‘The Guinnass self titled debut CD is a spontaneous and energetic journey into the pop-rock-alternative genre straight out of Switzerland’.

In 2009, the band is chosen out of more than 200 bands in Europe to take part at the Flandrika Lifestyle Festival (Milan, Italy). March the same year, The Guinnass are chosen to play at the famous and historical Piazza Grande in Locarno (Switzerland). Members of the Jury included famous Italian artists like Umberto Tozzi and Davide Van De Sfroos.

On November 5, 2014 the band releases its second album called ‘Stereophonic’ (Auditoria Records). This album becomes the soundtrack for ‘Miss Earth the movie’ (Ticino selections) and the band is chosen out of 20’000 bands to be placed on the homepage of Mx3.ch (the Swiss largest bands platform) for two consecutive months. The single ‘Walk On To Be Free’, mixed by Marco Barusso (30 seconds to mars, Coldplay, Ramazzotti,… barux.com) reached the 2nd place on the Rete Tre Top 10 Chart where it remained for 9 consecutive weeks. On February 11, 2015 the band presented the new single called ‘Hey You (please come back to you)’, on air on all regional radios.

On March 14, 2015 the band plays at the famous club Berihübeli in Bern (bierhuebeli.ch) after being selected among over 200 bands to take part to the final contest to get a ticket to play for the Gurten Festival (the biggest Festival in Switzerland).

By the end of 2015 The Guinnass signed a publishing agreement with CDF Records (cdfrecords.com): #1 label in Italy and Switzerland and among Top 20 labels in Europe.