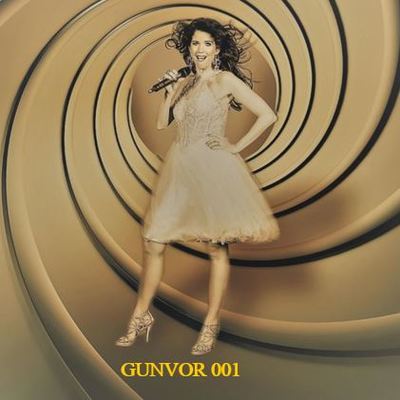 Pop, Dance, Swing, Schwyz – www.gunvor.com Gunvor owes her first name to her grandfather, who moved with his family from Sweden to Berne. No, she did not come to the earth... Read Biography

Gunvor owes her first name to her grandfather, who moved with his family from Sweden to Berne. No, she did not come to the earth with a microphone in 1974, but the love of music was put into her cradle.

At the age of 13 she found her passion and a new challenge: TAP DANCE. While schoolmates met outside in the summer, Gunvor practiced "Shufflesteps" for the next choreography. At the age of 16, she became Swiss champion in the field of solo and formation. Dave Brubeck, George Gershwin and Frank Sinatra songs accompanied her through her youth. She was inspired by the dancers: Gene Kelly, Fred Astaire and Ginger Rodgers.

Instead of a three-year musical training in Vienna, Gunvor completed the commercial apprenticeship. The love for the musicals remained to her until today. A highlight of her career was in 2003/2004 the participation in the musical HAIR at the musical theater Basel and in the Maag Musical Hall Zurich in the role as "Crissy".

Gunvor is a big family-related person. Her personal highlight was the wedding with her husband Roland in 2014 and the birth of their common son.

Registered since over 4 years
Last login on 8 May 2022