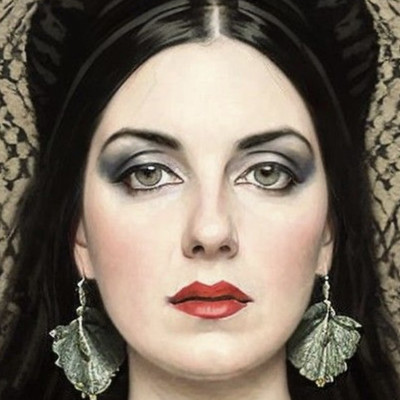 CELTIC FOLK, ELECTRON..., Fribourg – EN: After studying at the Academy of drama and musical techniques for 7 years (she started at age 12), Ida Elena received a degree and she started... Read Biography

EN: After studying at the Academy of drama and musical techniques for 7 years (she started at age 12), Ida Elena received a degree and she started performing in theaters all around Italy.
At 19 she became an actress but when she was invited to sing on national television in front of 2 million people she realized her true passion was for music. After years of practicing in local clubs, she started to sing with an original rock band, The Dark side of Venus (2010), and with a Blackmore’s Night tribute band: those last one were crucial to her because, thanks to that band, she started attending Blackmore’s Night’ shows in Germany and got to know the Albert Dannenmann (ex Blackmore’s Night, Cantus Lunaris) and, eventually, soprano Gaby Koss(ex Haggard, Cantus Lunaris).
Thanks to the songs Ida Elena wrote, she started working with those two great musicians, first as a collaboration for her solo project and, eventually, as a permanent member of the Celtic Ensemble Cantus Lunaris (2012) she was asked to join thanks to her peculiar and very flexible mezzo-soprano voice with a very unique technique.
Thanks to Cantus Lunaris, Ida Elena played all around Germany and Austria, including Cantus Lunaris performance as headliner at the biggest Gothic festival in Germany, Waave Gotik Treffen 2013. Aside from Bare Infinity, Ida Elena also provided guest vocals on the metal album Vivaldi Metal Project. Ida Elena recorded one cd as a soloist, (My) World Music (2011) and one cd with Cantus Lunaris Fabula antiqua (2012/13). In December 2016, Ida Elena released her solo EP, Native Spirit, made up of 5 songs composed by Ida Elena herself.
In 2020 she released a single called "Voices", written during the pandemic (in the same year, she started producing music on her own and to give concerts online)
In 2021, she released a new single called "Wild" (single which made it to the ESC semi-final selection).
In 2022, she released a cover of Kate Bush "Running up that hill".
She's currently working on new music, based in Switzerland.