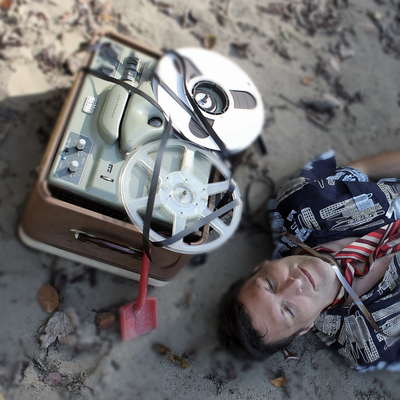 Rock, Bern – Lee Schornoz presents his second solo album after 22 years. In search of meaning and inspiration, he began a seemingly endless journey at the end... Read Biography

Lee Schornoz presents his second solo album after 22 years. In search of meaning and inspiration, he began a seemingly endless journey at the end of 2014. It led him via India, Australia and London to Namibia and finally back to his homeland, Switzerland.
...
The new album "London Tapes" is so called because, at least in spirit, digitally created recordings were put on analog tapes, although this is not (completely) the case with this album. And also because Lee was in London and was looking for a way back with very simple song sketches. In a studio in northern Namibia, singers and rappers contributed song ideas in their local
language. Lee received additional support from an authentic Afro-Reggae guitarist from the same region. Schornoz took another year with the release. He used this time to fine-tune the
recordings in his hybrid studio.
...
In addition to mainly analog peripherals, Lee also used a real tape machine for the song "Mexico Calls". The sonic design of the songs was laid out with a lot of echo and reverberation in order to clarify impressions of the vastness he experienced on his long journey. Lee's new record has become a lot quieter than much of what you already know from him. It's the side of him that seems unknown to many and remains rather hidden. A common denominator is that Lee Schornoz once again confesses to the musical loner: like an elephant bull he once turned his back on his herd for an indefinite time. He went for the sheer reason of learning something new on a relatively lonely trip. Now he is back with an album that illustrates his numerous experiences.

Registered since over 13 years
Last login on 25 January 2020