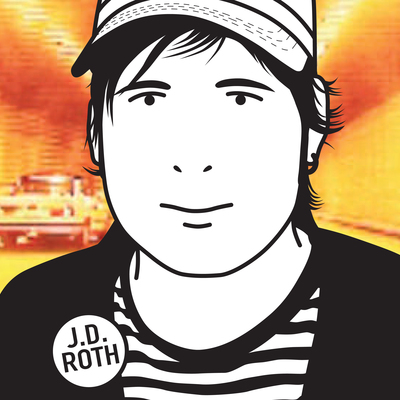 Pop, Basel-Stadt – Merging 21st century urban life with a farmyard while up a mountain How singer songwriter J.D.Roth managed to combine the hum of the big city... Read Biography

How singer songwriter J.D.Roth managed to combine the hum of the big city with the serenity of a converted farm house.
The result is “invitation – the final one”, an album between the “big smoke” and “down on the farm”.

You might ask yourself why a Swiss singer-songwriter would spend his time in London recording the sounds of the underground, or traveling to Bristol to do pre-production and finally end up halfway up a mountain recording his album. What was the goal? Was there one?
“Yes. I was trying to draw a line between the big city and where I’m from.”
Throughout the entire production J.D. was followed by this dichotomy. "I didn’ t really realize at the beginning how this idea would become fundamental to the production, I only knew that I really wanted to investigate it further.”
In London J.D. meets up with Sasha Crnobmja renowned DJ/producer and founder of the New York formation "Organic Grooves". Recording sessions in Basel follow, out of which emerge a few organic beats and sounds which J.D. is then able to work with.
After two stays in London and Bristol and loaded with impressions and experiences J.D.Roth heads off into the mountains for the first recording sessions. With a small crew of technicians and musicians he heads off for the snow-covered Mont Soleil near Bern to record the basics for "invitation". "... we got up each day, said hi to the cows down in the stable and then got started working on a song". A converted farm serves as a makeshift recording studio where the painter Clemens Ruben usually works.
As a producer J.D.Roth likes to paint with lots of colors but has managed not to lose himself in a complicated sound canvas, the essence of the song always remains the most important element. Many of the arrangements are built around a trio consisting of guitar, bass and drums. On top of this J.D. adds textures from mellotron, vocoder, wurlitzerpiano and beats. Some are built just around an acoustic guitar.
Armed only with a beat, a bass, a guitar and a few sounds J.D. creates songs
of enormous strength and clarity (for example "until that day").

Digital world: Get “invitation” on www.itunes.com

Registered since about 16 years
Last login on 4 July 2016