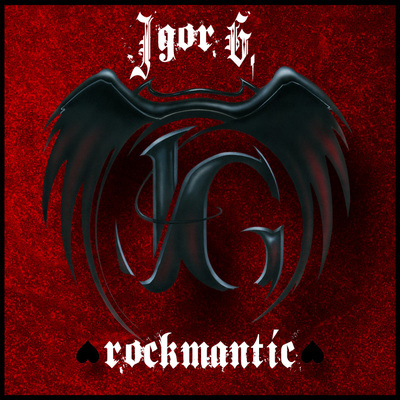 Rock, Ticino – Born in Lugano (Switzerland) on March 24th 1970. Guitarist and founder of its solo project and swiss band Alto Voltaggio Since 1998 to 2013... Read Biography

Since 1998 to 2013 with U.D.O. beside Mr.Udo Dirkschneider, former singer of Accept. With him he released so far 7 albums, 3 DVD’s and 7 World wide tours. More than 1000 concerts worldwide sharing stages with legendary names like Kiss, Aerosmith, Judas Priest, Ronnie James Dio, David Lee Roth, Journey and many more!
From ’93 to ’95 with world famous swiss act Gotthard, during the great vDial Hard Tour, with more than 100 gigs all over Europe and Japan.
In 2005 the released of Camouflage, with the norwegian band Wild Willy’s Gang beside TNT’s guitar hero Ronnie Le Tekro, promoted with 40 gigs all over Scandinavia.
In 2005 the meet with great norwegian vocalist Jorn Lande, performing together then from 2007 to 2010 on stage and on the records “Spirit Black” in 2009 and “Dio” in 2010.

In 2015 Jgor releases his first album "Rockmantic" , this time with English lyrics, and for this creature, in addition of Alto Voltaggio formula, Jgor invites many prestigious guests to be a part of the game, including Hena Habegger (Gotthard), Tony TC Castell (ft/ Krokus), Luca Princiotta (Doro), Eric Marienthal (Chick Corea) and more...

The original songs from album "Rockmantic" are downloadable for free from May 15, 2015 on www.jgorgianola.com

Full versions of the albums available on iTunes, Spotify or any other major online stores!

From 1991 involved in more than 20 albums productions and 1500 gigs Worldwide!