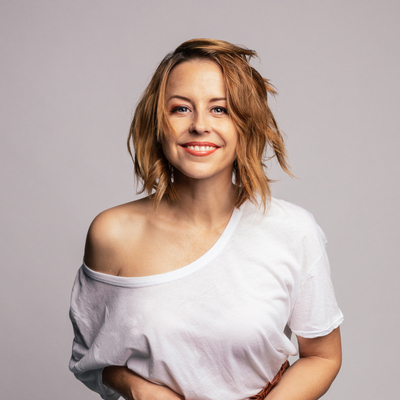 Reggae/Pop, Zürich – ABOUT JO ELLE Music is Jo Elle’s home, and her heart has been beating to reggae for years. The passionate singer and songwriter from Switzerland... Read Biography

ABOUT JO ELLE
Music is Jo Elle’s home, and her heart has been beating to reggae for years. The passionate singer and songwriter from Switzerland endows her songs with a zest
for life, sings about different aspects of it, and nestles in your ear with her suavely smoky and soulful voice.

MORE ABOUT JO ELLE
Jo Elle grew up in rural Münsingen near Bern (Switzerland). She started playing the piano and discovered dance as a passion at the age of six. It was her class teacher who took her away from the piano and put her behind a microphone, which is where her musical journey really started. But before Jo Elle entered the stage as a singer, at eighteen years old she was faced with a decision: music or sport. Because she had another passion besides her musical talent: snowboarding. She was brilliant as junior world champion, went to the World Cup as a professional athlete and was in the top 12 of the halfpipe world
rankings. After her resounding success on the snowboard, Jo Elle retired from professional sport.

In 2011 it came to this: Jo Elle arrived in her musical home with her first reggae dub band The Stasers. She started to write songs and her first album started to become a reality.

In 2015 her debut album Comfort Zone appeared with the single Not Gonna Worry, for which she shot a video in San Francisco (California). This was followed by a summer of amazing concerts.

In 2016 Jo Elle met up with the legendary Swiss reggae band The Mighty Roots, which accompanies her live performances today. In the same year she released the dancehall track Shimmy Shimmy Ya, an energetic remake of the ODB classic, in collaboration with producer and keyboardist Mikey Board. This was followed by further collaboration with Collie Herb on his single I Weiss.

In 2017 Jo Elle joined forces with DJ Max RubaDub, who is popular for his creative remixes. The result was an EP, Jo Elle Meets MaxRubaDub, with five new remix versions from the album Comfort Zone.

Jo Elle’s most authentic album to date, Soul Journey, was released in 2019. Travelling new roads brought her closer to her musical goal reggae in nine songs, multi-faceted and full of soul. Soul Journey, made up of songs like the propulsive We Do It, the reverberating and touching duet Day Will Come (featuring Akeem Garrison from Kingston, Jamaica), the wonderfully acoustic and intimate Dreamer, and the bittersweet RUN BABY, is a record for fans of Caribbean vibes and strong lyrics with a variety of themes. Various radio appearances followed and in summer 2019 the Soul Journey tour got underway with a band of ten and a new live show.

In 2020 she released another single called Soulmate in collaboration with Female Reggae Voices.

The song “Give Thanks” is a conversation with life and giving thanks for the eyes opening every morning and truly knowing the meaning of the “good morning”.

The vocal melody and lyrics was written by Jo Elle on the riddim called “Live and Love” that was created and produced by Christopher (Mr. Diamond) Taylor (Vybz Boxx Entertainment).

The new song is one of the 7 songs that will be released on the Live and Love Riddim EP end of this month. The EP-Album includes various artists such as Mr. Diamond with his song Played the Fool and other lovely singers like Pupa Tee, Mexican JA, Promise No Promises, Mento and Santana.

Registered since about 7 years
Last login on 28 January 2022