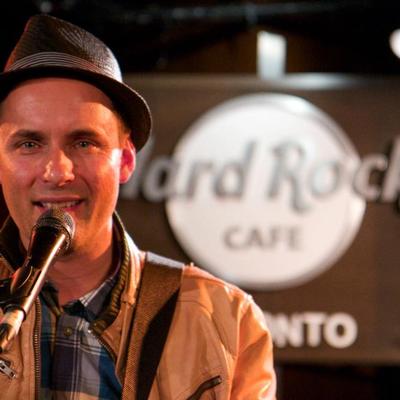 Pop, Bern – The Foreign-Swiss singer and songwriter, who was born in Papua New Guinea, just released his 12th album "Listen To Your Heartbeat". The Album... Read Biography

The Foreign-Swiss singer and songwriter, who was born in Papua New Guinea, just released his 12th album "Listen To Your Heartbeat". The Album consist of 14 English songs, one French song and one Swiss German song. 16 exciting titles are ready for your discovery on many platforms as Spotify, iTunes, Youtube and also as a CD Album! Check out( https://www.johnhaenni.com).
At the moment his childhood story, which is also available as a book, in connection with his activities as musician and tourism professional, caused him to do a very special tour. Since over two decades, he had the desire to reach each country in the world with his music. For a long time, this was an unrealizable desire, but Facebook made this possible: Since 2014, John Hänni visits new countries every week with a Facebook promotion (https://www.facebook.com/johnhaenni). He has already visited over 150 countries.
His music attracts big interest and through his multilingualism English, German, Italian, French and Pidgin (language in Papua New Guinea). John Hänni is able to respond very well to the many reactions out of the whole world. Motivated by more than 650'000 Facebook fans and over a half a million views of his LIVE Facebook music video "When You're All Alone", the musician and train host in the Swiss Alps, continues his world tour until the last country is reached with his music. His new album "Listen To Your Heartbeat" is a result out of his world tour. The Name of the new album of John Hänni expresses, what the Foreign-Swiss singer and songwriter, wants to reach with his music: Give the listeners an inspiring and encouraging time. Behind each of his songs is hidden a unique story, but one thing is always recognizable: John Hänni's passion for music, through which he brings joy and hope to people's lives.

Registered since about 12 years
Last login on 18 October 2021