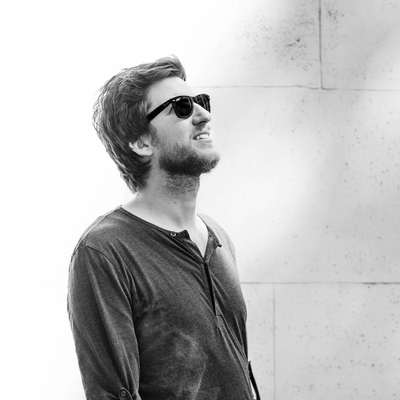 experimental Singer-S..., Zürich – Here is Johnny Simon with a colorful bouquet of soulful, beautifully melancholic and haunting songs with depth. Johnny Simon is the solo project of... Read Biography

Here is Johnny Simon with a colorful bouquet of soulful, beautifully melancholic and haunting songs with depth. Johnny Simon is the solo project of multi-instrumentalist Simon Winiger, known for years as the bass player of Marc Sway and Lunik or as the bandleader of the funk band Starch. Having toured half the world as a sideman, Winiger's desire for something of his own has grown steadily. The result is available now and Johnny Simon speaks his very own musical language. All of the brand new songs in the singer-songwriter tradition were written during a 4-month stay in Rome in a small apartment in the artists' quarter San Lorenzo. Winiger not only composed and produced everything himself, but also played all the instruments – from electric bass and guitar to piano, blues harp and trumpet. Additionally, the 40-year-old singer from Eastern Switzerland acts so convincingly, confidently in style and tastefully as if he had never been doing anything else. Johnny Simon presents profound, soaring songs about the Eternal City, about loneliness and being lost, and of course about love. A special element are intricate and complex beats which were created from sounds from the streets of Rome and cleverly woven into the songs.