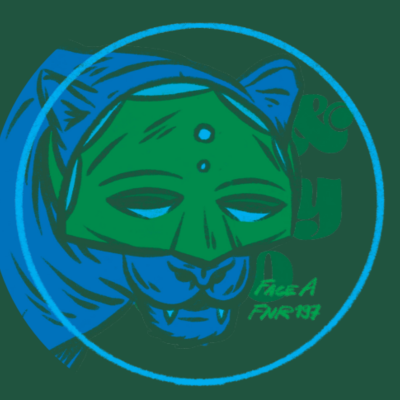 A 4-piece instrumental funk band from Switzerland, Kind & Kinky Zoo has been gaining global exposure from radio DJs, club DJs and record labels since 2005.
The energy of their unique live shows has allowed them to share stages with Calibro35, Antibalas, Speedometer and more. After being discovered by Australian label Straightup Recordings, this outfit has been steadily releasing dancefloor-filling fuzzy funk singles through rare groove providers such as Mocambo, Stereophonk, and Rocafort Records, as well as the Japanese CD compilation “Jazz for More”.
Armed with drums, a bass, a flute and a Fender Rhodes, Kind & Kinky Zoo have battled their way into television synchronization with the theme for the daily Swiss news show “Geneve Aujourd’hui”. They have also been featured on Australian Channel 10‘s “The Offspring” and the app “Speak Up”.
Only one month after their latest release on Stereophonk (featuring Sadat X of Brand Nubian), they now announce the release of their debut album on German label Légère Recordings, which will be out on October 27th. It features re-edited sold-out 7-inch singles, debut tracks, a collaboration with rapper Afu-Ra and remixes from Soulbrigada and Lack of Afro.A European tour will soon follow, so cypher addicts can catch them doing what they do best, performing live to dance-crazed club-goers.
With the launch of their first album, the Zoo speaks up for the dancefloor funk resurgence by freaking out on many levels, from funk to afrobeat to psychadelia to rattling the metaphorical bars of their cage. Kind & Kinky Zoo is on a mission for the dancers.

New LP is OUT! https://kindkinkyzoo.bandcamp.com/, Lausanne