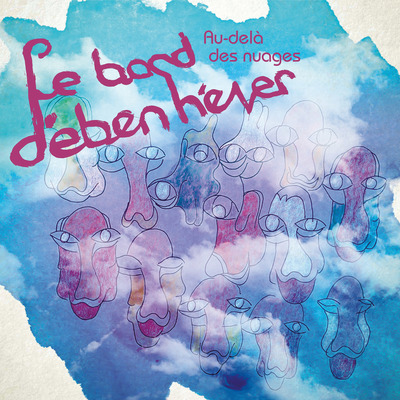 Blues/rock, Vaud – The Eben-Hézer Band is a music group made up of residents of the Eben-Hézer Lausanne Leisure Center. This is a sheltered workshop which, thanks to... Read Biography

The Eben-Hézer Band is a music group made up of residents of the Eben-Hézer Lausanne Leisure Center. This is a sheltered workshop which, thanks to semi-professional musical activity, offers people with social difficulties a project with several objectives:

- Offer different or marginalized adults a space for expression, development, promotion and encounters.
- Allow the general public to meet different and original musicians who help us to change our outlook.

The group performs regularly at festivals, neighborhood celebrations, companies or institutions in Switzerland and internationally. In particular, the group performed in Canada as part of an exchange with Quebec, in Sri Lanka for 3 weeks and in China in front of 800 spectators thanks to the support of the Peace 21 foundation. The band also traveled to Romania, in Belgium and France.
In 2011 the Band was able to record their first album entitled J’aime bien ta note. The repertoire has diversified somewhat, ranging from Blues to Rock via Reggae and Gospel. As for the texts, they speak of difference, of the gaze of others and of fraternity; all this with poetry, humor and derision.
From the beginning of the project and until today, the Band has constantly evolved. A process that has undergone a remarkable acceleration, especially in recent months given that an important generational change has taken place within the group. This new generation has not only breathed new life into the spirit of the Band, but also and above all to the musical style, by placing ever more emphasis on the enhancement of artistic talent and the singular and unique journey of each musician. In addition, the group also has new ambitions looking to the future. Ambitions which aim to further professionalize the artistic activity of the members of the group, by allowing them to conquer and access horizons which, in other circumstances, would represent a utopia because of their disability. The goal is precisely, as far as possible, to "cancel" this impossibility. Everything changes and everything is renewed, but the principle for which we act is always the same: to give room to others by ensuring that they find the space they deserve within our society.

25 years have passed since the adventure began... 25 years of creativity, laughter, exchanges, encounters and emotions lived under the sign of this passion that brings us together: music. And the Band of Eben-Hézer has taken the decision to honor this consequent success by creating its new album Beyond the clouds which constitutes the musical evolution, and not only, of these last 25 magnificent years spent in your company. A set of styles that perfectly represents the versatility and richness of this musical group. While waiting for the pleasure of being able to meet you “live”, and hoping that our music will be to your liking, all that remains is for us to wish you a pleasant listening time…

Registered since almost 16 years
Last login on 2 May 2022