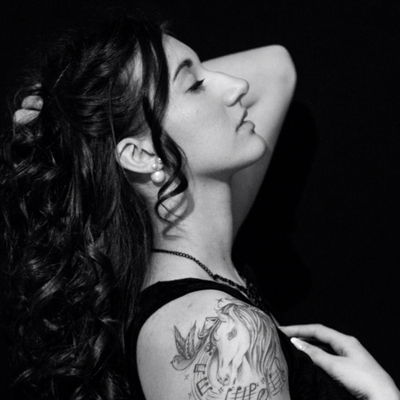 Pop, Ticino – Eighteen year-old Linda Swan from Ticino started taking private singing lessons at the age of eleven and at the age of fourteen already had the... Read Biography

Eighteen year-old Linda Swan from Ticino started taking private singing lessons at the age of eleven and at the age of fourteen already had the opportunity to appear on stage at the Teatro Sociale in Bellinzona as a background singer for Reydana.
After that, Linda Swan went to Smart Academy Music School in Balerna (Ticino) for two years, where apart from singing, she took additional guitar and piano lessons and started writing her first songs. Since last year, Linda Swan has been focusing on vocals under the guidance of Eva Simontacchi (successful singer and jazz artist).
Linda Swan is currently finishing her commercial apprenticeship with vocational baccalaureate. Once that is completed, she will be able to devote herself more fully to her musical studies and work on her musical skills. Her goal is to be able to accompany herself with an instrument during her performances. Linda Swan is also busy writing new songs already, one of which she will release before the end of the year.
Apart from music Linda Swan has other passions, which she doubtlessly inherited from her mother: western riding and country line dance. This has led to her performing at the biggest country music events in Italy. Her musical style is influenced by artists such as Taylor Swift and Carrie Underwood.
In the past months Linda Swan has been working on her first single with Diana Piffari (pre-production arranger), Massimiliano Vitale (co-composer and arranger) and Jonas Macullo (producer and owner of the recording studio JDAM Giornico).
Vocals have been recorded with the support of Eva Simontacchi in the Auditoria Records Studio. This studio has made itself a name through recordings with Nek, Giovanni Caccamo, Francesca Michielin and other designated artists. The mastering was completed by Antonio Baglio in the USA.
Linda Swan’s determination and will to get the maximum out of her songs and her musical skills have resulted in the first single she wrote herself already being a fresh and credible country-pop earworm.
This single titled ‘I can’t fight alone’ will be released on April 29, 2016 by the label profimedia.

Registered since over 4 years
Last login on 27 April 2016