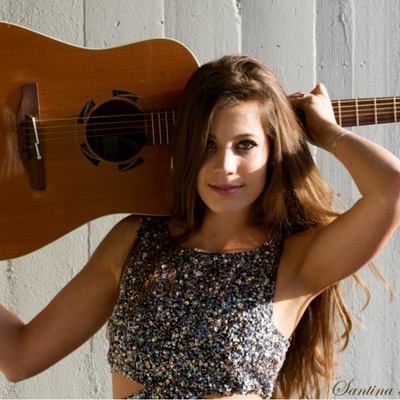 Lisa Oribasi was born October 1st, 1994 with Swiss, Italian and Greek roots and she is fluent in French, German, English and Italian.

Influenced by her musical Dad, Lisa grabbed her mom’s guitar at the age of 8 and soon discovered her interest for singing. By the age of 15 Lisa got into the finals as the youngest participant of a regional singing contest, called "Stimmwunder". A few months later, she had her first studio experience in Zurich and recorded 5 songs. This is when everything started taking off.

Lisa took singing lessons, continued her guitar and piano classes, and eventually started writing her own songs. By the age of 16, Lisa was fortunate enough to be the background Singer of Swiss pop musician, Florian Ast, on the TV show "Starnacht," that aired live on SRF1 in Switzerland, Austria and Germany in 2011.

2013 Lisa left Switzerland and made her first visit to the American continent where she experienced the Los Angeles Music scene. She went to many Open Mics, took some time to write songs and to record music. In between performing at local bars and radio stations, attending recording sessions and songwriting sessions, Lisa loves acting and has already been the main actress in music videos such as “Does she always feel the same - Moritz” or “Go go go - So Wasted”.

After finishing college she took some time off to work intensively in the studio on her new R’n’B, Soul, and Folk material coming soon. Lisa is currently living in London where she is studying music.

In summer/autumn 2016 she will be touring in Switzerland with her new funky band of experienced musicians which already performed on big venues like Gampel, St. Gallen, Heitere, and Mighty Sounds in Czech Republic with whom she will perform great soul, folk and funky stuff.

Registered since about 4 years
Last login on 14 April 2016