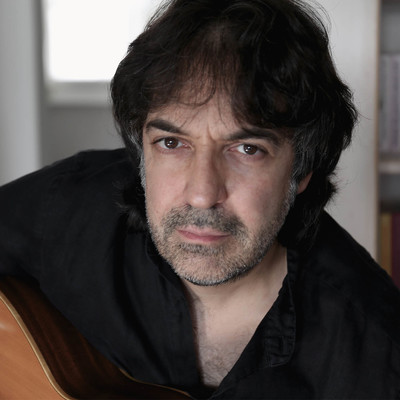 Pop, Zürich – "Well, you don't really want to read about my birth date, diplomas or who pays my monthly salary... Join me for a day to get to know... Read Biography

"Well, you don't really want to read about my birth date, diplomas or who pays my monthly salary... Join me for a day to get to know me!"
Interview with Marco Santilli Rossi by Daniele Dell’Agnola*

Marco Santilli Rossi is a musician who has experimented with many genres, blending them, playing with timbres, words and flavours. For this new venture, he is channelling his artistic energy as a singer-songwriter, leaning towards pop yet retaining substantial musical content, making fun of himself and perhaps also the state of light music today: “Scantinati scandinavi” (Scandinavian basements) and “Non so cantar” (I can't sing) are the first songs to be released as singles, available from various online sources. The album will be called "TEMPI PASSATI" (Past Times) and will obviously include other tracks. Pop music highlights the need for a recognizable melody, almost autonomous (one you can whistle right away...): Santilli Rossi, a clarinet player who can play anything, adapting to the most contrasting musical styles, doesn't deny this trait of being attached to the melody that pervades the songs he sings. We imagine his audience is no longer adolescent, but has a mature ear, adult but still young, European and not just Italian speaking, maybe they've seen him on television and they've certainly heard him on radio. The songs were co-produced/arranged by Urs Wiesendanger at the legendary Powerplaystudio in Maur (Zurich), where Europe, Chris De Burgh, Yello, Trio and many other famous artists have recorded. Urs Wiesendanger, himself from Zurich but with international experience, (considered by many to be the best pop producer in Switzerland), has worked, among others, with Lenny Kravitz, Gianna Nannini, Michael Sembello, Nubya, MusicStar, DJ Bobo... Marco has just finished the tracks that will complete the album. We met to discuss his most recent artistic period. Here we are on the day after recording.

MARCO: 7:00, 7:05… I'm really late! I press the espresso button twice; it has to be strong and black. And never bread without honey. Water comes out of the shower head but no steam. A cold shower so I'm ready for anything. I'm cycling to the studio, since I wanted to have a bike... My cell rings, brake! The producer is excited about the recording:
"It's radiophonic!" he says. "It's televisual” I say. A bit further on and I'm safely there. In haste, I slowly go over the chamber piece for the matinée. 10:30 the soprano and pianist are at loggerheads except during the concert itself. I'm in the middle, with my clarinet, trying to keep the peace. The focaccia's great! 14:07: I'm playing for "Il Trovatore", hoping I won't get lost and that my friends were able to get in with comps. Three hours later I escape from the opera house to perform some tried and tested standards at a jam session and if the drummer doesn't tone it down, I'll sack him. Other musicians who don't sing or blow can eat and drink as they like. My vocal chords are already stressed from the smoke in the place. I manage by a whisker to get on the last tram and Arturo calls me...

DANIELE: And then Teddy Reno calls you and invites you to Canale Italia in front of an audience of millions. You, a guy from Ticino, who works in a range of musical settings in Switzerland, on that scale. How's that? What's it like?

MARCO: I was very curious and excited because, despite both places being culturally Italian, the taste of the audiences could have been different. When you think that I've been living in Zurich for years, in touch with various cultures, this has probably created a certain blend of musical tastes in me. In addition, you're going to sing one of your songs somewhere with an enviable musical tradition, not just quantitatively... It was a real challenge, given that the Italian audience is important to me.

DANIELE: "I can't sing" Self-mockery? Was this number well received? Why do you think people like a number like this? What was the thinking behind it?

MARCO: I would say there's a little mockery but it's generalised. It's a track about various ways of making a living from music; a passion looked at from different angles. From wanting to be a musician at all costs, but lacking the ability, to the idea of wanting only to perform as a singer, from the need for space and time to create, to the awareness that encourages you to listen to your heart without caring about those who don't understand you. I sang for the first time on that show and I was surprised by the broad approval from fellow musicians, the managers and the audience of all ages. The text resonated with many people (the theme is valid not just for musicians: others need space and time, too..., in short, there's something for everyone!) Some found it amusing, some innovative, ironic, profound. I love it when everyone finds something different, even things I hadn't thought of myself. The whole tune is instantly catchy; for me it's the strong thread of the piece. After listening to the chorus a couple of times, many people were humming it. Or, for instance, as someone said about the verse, "those chords you don't expect, notes that seem out of tune but aren't". Others like the bridge in French. It's maybe a little exotic in Italy, not being in English. Maybe this is an advantage of Swiss multilingualism? (Ha! Ha!)

DANIELE: Okay, let's recap. You're Marco Santilli Rossi, a musician with solid experience in a range of musical settings. In addition to your classical training at the conservatory, you've followed the jazz route; you've performed with various artists and are demonstrating your talent, not just as a clarinettist but elsewhere, too. You write your own songs and sing. Now, why this leaning towards pop? For more exposure?

MARCO: Exposure isn't an end in itself but it's simply indispensable if you want to make a living from music. Actually, it's thanks to the pop songs that (in addition to singing) I manage to let my creativity loose without restriction on composing (music, texts and arrangements). The only limitation, which I like, is that you have to condense your ideas into just 3-4 minutes without leaving loose ends, developing a theme that results in a meaningful chorus.

Registered since about 14 years
Last login on 28 January 2023