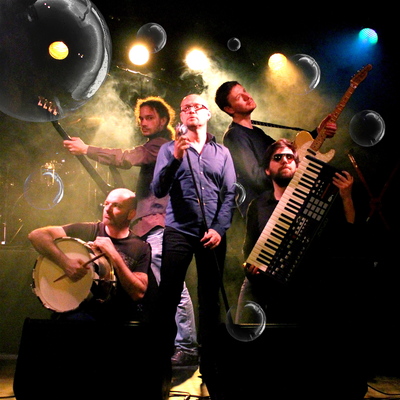 Born in 2011, the band released a first EP "The Eternal Cannibal Prelude" the same year, and its first album "FLASHBACK" in 2013 : a mix of indie rock and wild blues evocative of an unheard of meeting between Tom Waits, P.J. Harvey, Bon Scott and R.E.M. With about a 100 concerts under their belt in less 3 years, they toured intensively in the whole Switzerland, but also in Holland, France and Italy.

“She’s my lady / She’s got balls” sing The Exciters, a new-born Geneva band on their highly cinematographic first mini-album… The public cries out for more…” Nic Ulmi - Edelweiss

“Ghost’s howlings in the night, blazing harmonica, the black mass can start for real… Matt Mathew s sings as one possessed in an impressive evil groove… This EP is only a taster and we want to go straight to the main dish…” Marc-Henry Rémy – Daily Rock Mag