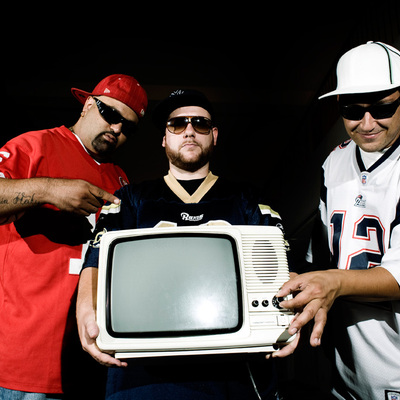 Hip Hop, Ticino – METRO STARS - OFFICIAL BIOGRAPHY METRO STARS is born from the union of MAXI B and MICHEL, both artists with many experiences like solo artists.... Read Biography

METRO STARS is born from the union of MAXI B and MICHEL, both artists with many experiences like solo artists.

MICHEL, former member of group MOMO POSSE, with which it has recorded two album for EMI Switzerland in the second half of years ninety , he has produced two compilation entitled “Chempions League” and”… Da Lontano " for Vibrarecords (Italian independent label), and collaborated with various artists of the Swiss and Italian Hip Hop scene, today he is considered one of the best producers of rap music .

MAXI B, former member of group “the CLAN”, with the disc “conductors EP” (1998), in order then to form the group “Kaso & MaxiB with the Italian MC Kaso , with which he will record two album (“Preso Giallo” and “Tangram” respective for Oblio Produzioni and Minoia Records ). Thanks to these two last jobs Maxi B is currently one of the hot names in the Italian and Swiss Hip hop scene.

MICHEL and MAXI B know themselves already from ten of years, and in the 2005 they decide to join their forces forming “METRO STARS”. In summer 2006 they released their first entitled album “COOKIES & MILK”. Cd of sixteen tracks that enclose music of Michel, and the Maxi B's rhymes. There're also other Mc's participating as featurings: Gué Pequeno (Club dogo), Supa (Sanobusiness), Amir, Dj Sice, Lil' Dueplax and Marta. To little days from the escape of the disc “Cookies & Milk”, Metro Stars already has to the assets an intense live activity, where they are already considereds between the best ones performers.