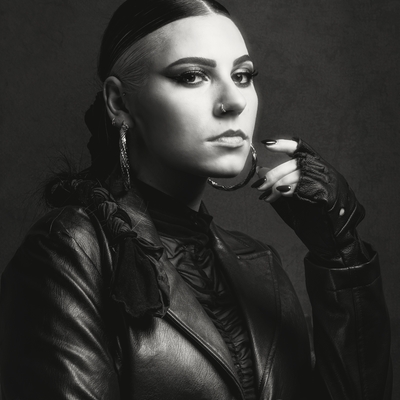 Born in Germany with Belarussian roots, MISS C-LINE (read Carolina), comes from a classical background. Her parents are classical musicians and yet she found her own way to RnB and Hip-Hop. At the age of five she starts piano and violoncello, taught by her mother, followed by winning many prizes at different classical competitions in countries like Germany, Croatia, Italy and Switzerland.

At the age of twelve she starts to produce her own songs influenced by artists like Erykah Badu, D’Angelo, Biggie so as Lauryn Hill. Her music includes jazz harmonics combined with Hip-Hop grooves and electronic elements, mainly produced/composed, recorded and mixed by herself! You’ll be surprised by a powerful voice, versatile musicality and a Rap flow which will remind you the golden era of Hip-Hop altough with a modern touch full of finesse and lyrics poured from the veins of her young but mature life experiences!

MISS C-LINE is currently doing her Bachelor in Jazz Vocal at the Jazzcampus in Basel, Switzerland and saw the release, October 10th 2020, of her Solo Debut -Album "Surreal", featuring amongst others Bern hip-hop talent Jay Jules.

Registered since about 3 years
Last login on 24 January 2023