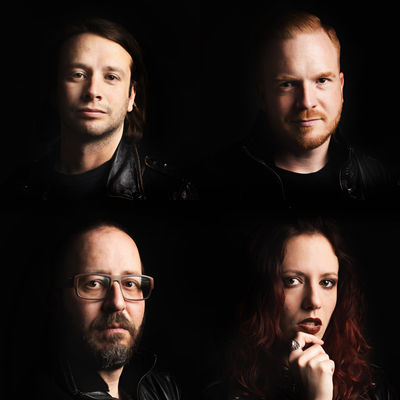 Rock, Aargau – The band is no longer unknown in the Swiss midlands. This is not surprising, as after airplay on national radio station SRF3 and numerous indie... Read Biography

The band is no longer unknown in the Swiss midlands. This is not surprising, as after airplay on national radio station SRF3 and numerous indie radios as well as concerts in renowned clubs like the KOFMEHL in Solothurn and the MOKKA in Thun, they have been able to build up a steadily growing fan base. Numerous alternative rock fans also became aware of "Miss K." through their TV appearance in the programme "Sing It Your Way" with well-known Swiss singer Baschi. As a supporting act for various national acts such as Delilahs, Rams, Jack Slamer or Annie Taylor, Miss Kryptonite have also had the opportunity to present themselves in front of a large audience.

The band's most distinctive feature is the voice of Désirée Graber, who is often compared by fans to new wave icon Siouxsie Sioux of Siouxsie and the Banshees.
The band is made up of a group of experienced musicians: Désirée Graber graduated from the Swiss Jazz School in Bern on guitar and has already played in the regionally well-known band Moscow Mule. Tobias Zbinden, previously drummer of the country band The Nada Cowboys, and Andres Pfister, also a former member of Moscow Mule, have completed their Master's degree in Pop/Rock at the HKB in Bern. Mischa Castiglioni has been the bass player of the regionally known band Gonzo for many years.