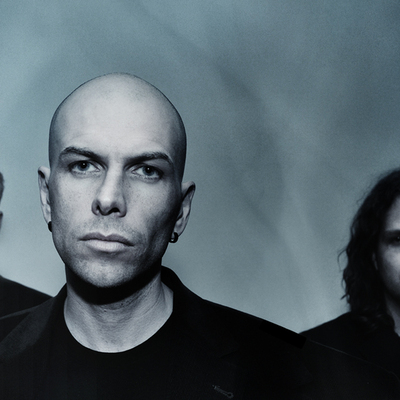 Pop, St. Gallen – MIZAN AVRASYA Music that links the heart of Europe with the edge of Asia Crescent moon and cross. Under this banner Mizan combines oriental and... Read Biography

MIZAN AVRASYA
Music that links the heart of Europe with the edge of Asia
Crescent moon and cross. Under this banner Mizan combines oriental and occidental sounds into a mix of styles that hasn’t been heard of in the world of
Alternative Rock. The album «Avrasya» offers music that links the heart of Europe with the edge of Asia. «Avrasya» means Eurasia in turkish. Grown up
in the area of tension between two cultures, Singer and Songwriter Can Isik brands this piece of work with his cosmopolitan attitude. His quest for identity
in a multicultural world shapes the concept of the album. Thereby the Swiss with turkish roots doesn’t indulge in the cliche of orientalism but communicates
bluntly his cultural and political views on subjects such as home, conflicts, religion and oppression.
2003 the band started their recording session at home and abroad. Together with producer and Mizan-drummer Andi Jud «Avrasya» developed in several
stages. A few gifted guest musicians from Switzerland and Turkey flanked the production with their virtuosity. The compositions are densely arranged.
Within the sound structure anatolian percussion gets into the groove with driving rock beats. Rakish guitars, decorative sampling and oriental melody lines
form the harmonic foundation for the sonorous vocals in english and turkish. Orient-Rock so to speak – and on a stylistically versatile level. The third band
member Tom™ not only contributed his innovative 6-string sounds but also produces visuals for the music videos. Mizan stands for autonomic creative
work. The trio has build up their own professional infrastructure including a recording studio, artwork and film production and their own management.
Released in advance the single «My Istanbul» and its 16mm video shot in Istanbul have reached top positions in the turkish playcharts (No 2 MTV, No 4
K-Rock, No 2 Hürriyet) in the summer of 2007. Now after an extensive production period the release of the CD is finally due in 2008. A global network of
partners determines the release mode for the album distribution and for the music files at online stores. In march 2008 the international release of the single
«My Istanbul» will be followed by the video for the cover version of the David Bowie Song «I’m afraid of Americans» featuring Mich Gerber (also played for
Mercan Dede) on double bass. The next radio single will be the track «Waiting on a Sign». Exclusively for Turkey Mizan will take the traditional «Gecti Dost
Kervani» by Pir Sultan Abdal from the album. It will be an entireley new interpretation of the classic track.

Registered since about 12 years
Last login on 1 December 2010