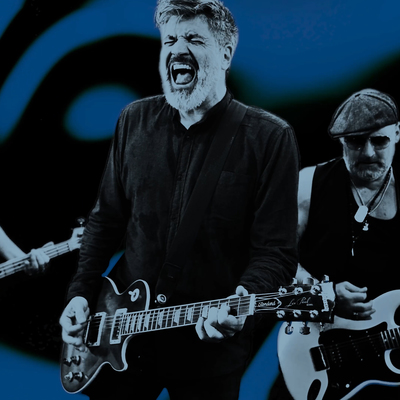 Alternative, Basel-Stadt – MONOTRONE are a newly formed group from Basel, Switzerland consisting of longtime-experienced musicians and members who have co-operated in various... Read Biography

MONOTRONE are a newly formed group from Basel, Switzerland consisting of longtime-experienced musicians and members who have co-operated in various formations dating back to almost three decades. Over the years, they shared stages all over Europe with the likes of ICE-T, PERRY FARRELL, MANIC STREET PREACHERS, DISTURBED, HELMET, or VELVET REVOLVER.

Being band leaders and key figures of the local Rock Scene of Basel, Switzerland, and partly snubbing each other, they decided to join forces in 2019. Eventually resulting in their first long-player, named «1» (release digital: May 27th, 2022).

It was recorded and mixed in two sessions in December 2020 and November 2021 respectively, at Little Creek Studios in Ormalingen, with friend and former bandmate V.O. Pulver engineering.

Philippe Strübin’s brilliant voice, fused with the exceptional guitar-wizardry of Thommy Baumgartner, driven by Fran Lorkovic’s creative drumming and pumped up by Frankie Kalwies’ strong bass make for a fantastic rock album. The caleidoscope of grooves and styles stretches from firm roots in Hardrock, Metal and Grunge to Pop, Funk, and even Disco. The grinding songwriting process of both crafted and uncompromising individuals lead to a collection of ten songs that are an exciting journey and impressive synopsis of their love and passion for the kind of music they’ve loved since they can walk.

Their first single release and videoclip with the titletrack «1» will be released on April 1st, 2022. The album will follow on May 27th, 2022 worldwide as download/stream.

After their circumstance-related withdrawal and most extended hiatus from playing in public for almost three years, seeing them alive and kicking in concert should be one of the sensations of 2022, and not to be missed!