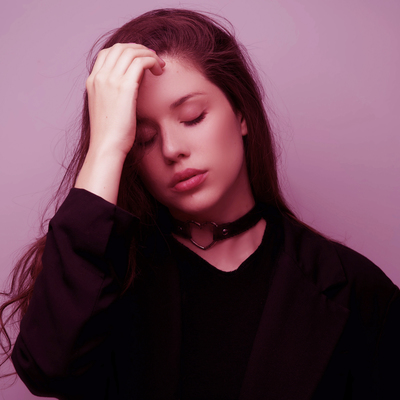 Pop, Ticino – Nathalie Cadlini, known mononymously as NATHALIE, is a young singer songwriter based in London. She is set to debut later this month with the... Read Biography

Nathalie Cadlini, known mononymously as NATHALIE, is a young singer songwriter based in London.

She is set to debut later this month with the song “Ten for the tenth time” written by her during lockdown.

Nathalie began singing at the age of 8, behind the couch of her mother’s living room, as she was too shy to sing in front of other people. She would sit there and perform for hours and hours on end to her favourite tunes, from Britney Spears to Linkin Park.

However, it wasn’t until 2020 that she had her first singing lesson. And with that came the confidence she needed to finally write her own songs and perform them, which she did. She wrote and recorded several demos and ended up picking “Ten for the tenth time” as her debut single.

Her songs talk mainly about her life experiences and old lovers. For her, like many artists who write their own songs, writing is the emotional outlet she desperately needed to find to better express herself. In her own words, “writing about my feelings and stories makes me feel in touch with my true self”.

Her main influences are Lady Gaga, Lana Del Rey, Britney Spears, Halsey and the K-Pop group Blackpink. She is also a huge fan of Coldplay and Linkin Park.