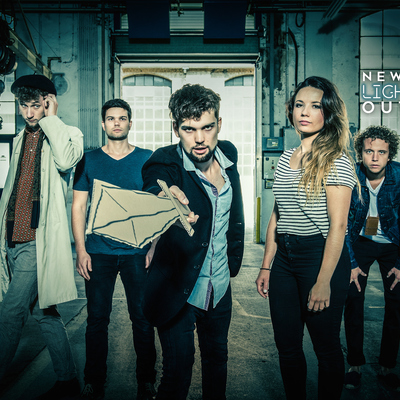 Rock, Zürich – NECKLESS creates sounds that have never been heard before from Swiss bands. The band excels with catchy, grand and anthemic songs, borne by... Read Biography

NECKLESS creates sounds that have never been heard before from Swiss bands. The band excels with catchy, grand and anthemic songs, borne by gut-slamming bass and guitar lines, and raised by spherical synthesizer sounds. Cleverly thought out drum beats and the charismatic vocals of lead singer Marcel Sprenger top off the massive sound of the quintet.

Music critics agree: the multifarious music of the young Swiss band is reminiscent of the conjuring nature of Muse and the theatricality of Queen. But they aren’t the only ones NECKLESS succeed to convince with the novel sound of their album “Perfusion” (March 2012): the band has straightaway made it into the playlists of major Swiss radio stations, was to the finals of the largest Swiss music competition, was chosen from the major Swiss music radio as best talent of August 2012 and had been invited to star in several TV shows all across the country.

NECKLESS was founded in 2005, and since 2012 the members share a flat in Winterthur. After the numerous highlights of the year 2012, the highly successful tour through Austria, Germany and Switzerland in particular, one thing stands clear as daylight: the rise of this band has only just begun.