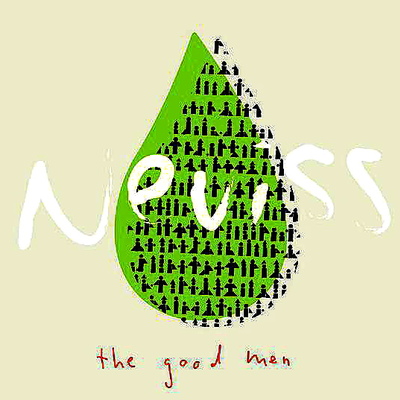 Rock, Luzern – «We lost track. Fortunately.» They were just outside for a quick breath. Catch some fresh air. Now, after a break of three years, Neviss... Read Biography

They were just outside for a quick breath. Catch some fresh air. Now, after a break of three years, Neviss impressively return with their new album „The Good Men“.

And the fresh air whirled things around. On their third album ‘The Good Men’ Neviss sound more versatile and powerful than ever: the compositions simpler, the melodies bigger. For their twelve new songs, the Lucerne four-piece browsed through their toy boxes in their garages and hence broadly fanned out their musical color palette from gentle pop to forceful rock. ‘The Good Men’ is a sensitive record where the band’s pop attitude from the early days easily blends in with the sturm and drang posture from their last two albums.

Yet, true love never fades. And so the four school day friends went back into their windowless band room. To put Neviss back on the map. They know what they can and what they want. Neviss returns calm and hungry.

“On our first records, we were strongly influenced by others. I think it happens to everybody: You hear a song or a band and you think: That’s what I want to do. During the break we lost track. Fortunately. Our new stuff sounds like we sound when we just listen to ourselves. Eventually, The Good Men is that record we wouldn’t have dared earlier.” Martae Fischer

Registered since about 15 years
Last login on 16 December 2009