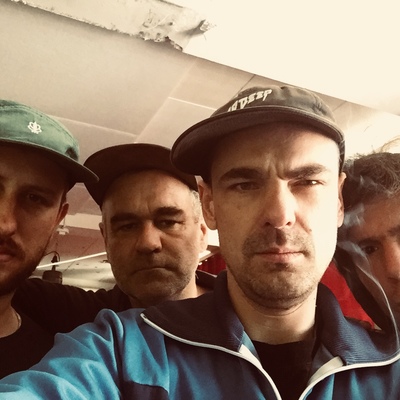 Nick Porsche – Big Fish (2020)
“The story moves with you” – big fishes, small fishes: let yourself go and swim with Nick
Porsche: rock ballads waving at the Black Keys, Elvis Costello and Jeff Buckley, although
fairly unique in their genre. Nick Porsche delivers on "Big Fish" a first album produced by
Geneva’s all-round producer Robin Girod. There he swims against the tide, while being largely
inspired by hip-hop, ethnic music, soul and rhythm & blues, creating a direct and sincere
album with, at times dark, yet always magnificent atmospheres.
"Big Fish" sounds like an old amusement park on a pier, lying somewhere between the great
memories of warm summers and the desire to see a big storm coming in. But there are also
songs like "Too Much For Me" that perfectly fits the ambience of a Sunday morning at home,
standing in the kitchen, knowing that there’s still some coffee and milk. The parking lot under
the rain, standing in front of the window, then become our own quiet sea.
Even before he could swim, Nick Porsche knew he wanted to be a musician. He started
playing the drums at the age of 4, then went on to play the piano. During the years he spent
playing the drums for legendary act Puts Marie, he became fully aware of the pleasure he
found in writing and arranging songs. Then came the singing: first on Puts Marie records, then
for himself, until it became central in his musical approach. Today he sees himself primarily as
a songwriter and a singer.
Accompanied by Simon Spahr (bass and backing vocals - aka Crimson, from Stude Yeah and
Pegasus), Hannes Prisi (drums - aka Hugo Panzer, co-founder of the Hugo Panzer Festival,
plays with Peter Kernel, Hugo Panzer Trio and Stude Yeah) and Ali Dada (guitar and backing
vocals - Biel-based legend), Nick Porsche leaves the lake of Biel to conquer the seas around
the world.

Registered since over 12 years
Last login on 14 December 2020