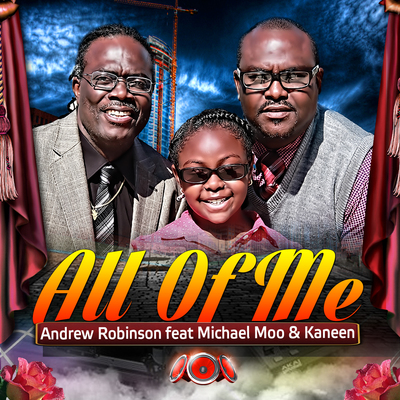 Reggae, Valais – Andrew (a born Jamaican) was born in the year 1962 - a very critical time in Jamaicas history - that was the year when Jamaica got its independence... Read Biography

Andrew (a born Jamaican) was born in the year 1962 - a very critical time in Jamaicas history - that was the year when Jamaica got its independence from great Britain. Andrew hails from the largest parish in Jamaica, that is the parish of St Catherine, and spent most of his life there. He grew up with his seven other brothers and sisters and their mother, who was a single parent. Andrew's mother Hazel Redwood was also a singer at that time and worked with groups and solo singers like the Abysinnians, Leroy Gibbon, Lester Lewis as well as O. Paul and the Topas.

Andrew started his music career in 1983 as a Gospel singer and guitarist. He then became popular very soon doing concerts, BBQs and conventions. His very first performance outside of Jamaica was 1985: He did a very successful gospel concert tour on the Grand Cayman Islands. Then, three years later in 1988, he recorded a cover version single entitled "CRUSH". In 1989 he went to the North Coast on the hotel circuit as a resident singer working six nights a week with the band United Stars. In doing so, he gained a welth of experience from the nightly performances as well as from watching other artist performing. Still, he was not satisfied because he knew that he could sing better and also present a much better show than most of the guest artist that were doing shows on the circuit.

One night after he finished performing at the Club Caribbean Hotel he met the famous Jamaican singer by the name of Tony Gregory who was one of the few Jamaican singers back in the Eighties to hit the American Bill board chart with the song "GYPSY". He proposed Andrew to do some recordings, which was a big opportunity for Andrew. He took the offer, went to the studio and recorded another single entitled "I WILL BE YOUR FRIEND" written and produced by Tony Gregory.

The song "I WILL BE YOUR FRIEND" was the turning point in Andrews music career. The song git so much air play, that he decided to go solo in 1991/1992. Soon after that, he got his first cabaret show at the same Hotel where he had started out as a resident singer. He did not stop to sing there and created a storm on the North Coast, performing at all the Sandals Hotels. He even travelled overseas every two weeks to represent the Sandals Group and also sang at the Super Club Hotels. In 1995 he received the award for the best Cabaret performer from the Jamaica Federation of Musician and Artist.

In 1992, the song "I WILL BE YOUR FRIEND" was played by request on Radio 24, Zürich. In the same year he joined ranks with the legendary Reggae Group "Kotch". They released songs like "JEAN", "HEAD OVER HEELS", "CRUISING", "BABY BABY", "TEARS" and "WONDERFUL TONIGHT", songs produced by Kotch and Sly Dunbar that hit the number one charts in Jamaica, Canada and Britain. After that, Andrew Robinson recorded the song "BROKEN WINGS" as Kotch's lead singer. The song got great reviews as an old classic. The song even took them on a tour on Hawai in 1999, sponsored by Budweiser Beer.

Andrew did not go back to Jamaica after the tour in Hawaii but went to Switzerland instead to join his family that was there already. In Switzerland, he found other Jamaican, St. Lutian and South African musicians playing in a band call "Vital Roots". He joined up with them and toured Switzerland extensively. Some of the places they played: Montreux Jazz Festival, Africa Integration Festival, Rohstofflager etc.