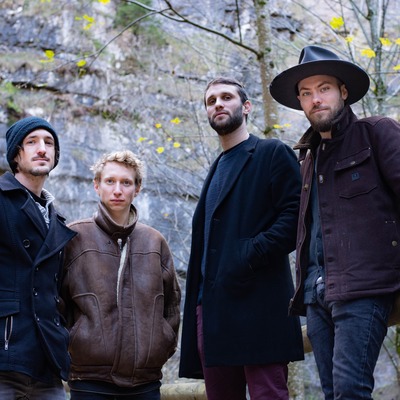 Rock, Vaud – POLAR CIRCLES have been making waves on the Swiss indie rock scene since they formed in the icy depths of Lausanne in 2012. They made their name in... Read Biography

POLAR CIRCLES have been making waves on the Swiss indie rock scene since they formed in the icy depths of Lausanne in 2012. They made their name in French-speaking Switzerland with their first EP, released a few months after they got together. Their very first song, “Burnt Memories”, was promoted on various national platforms – it was selected as the anthem for Swiss Live Talents 2013. They went on to play various Swiss venues and festivals (Caribana, Les Docks, Estivale Open Air, Plaza Club de Zurich, Rock Oz'Arènes and more). Thanks to their stage presence, they got the opportunity to open for artists including Stereophonics, The Pixies, The Family Rain and PEACE when they were promoting their first album, released in 2014.

After spending time in Germany and Italy, Polar Circles decided to record their second album in England, taking inspiration from the British sound of their producer Sam Williams (Supergrass, Plan B, Gaz Coombes, The Noisettes, Kula Shaker, The Go! Team, and more).

A month near Oxford gave Polar Circles the time they needed to finish their new songs – the first extracts of this album promise a captivating journey. Polar Circles are moving away from their rock roots and their intense sound a little, adding depth to their music and giving it space to breathe, all with a stronger message and glorious atmosphere.

The band could also see that this new identity suited perfectly to their live sets. Touring in Germany in the end of 2017, they even had the chance to perform at the Reeperbahn Festival in Hamburg, and their efficient shows there gave them opportunities to be heard several radios in this country.

Registered since about 9 years
Last login on 21 March 2020