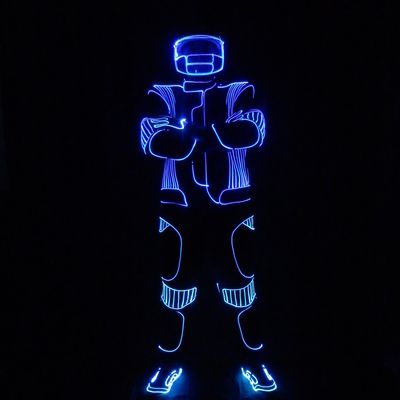 Techno, Bern – Massimo Beck is an enthusiastic DJ. The object of his passion? The music and a high-tech mixer that he masters totally. In Courtelary, Massimo... Read Biography

Massimo Beck is an enthusiastic DJ. The object of his passion? The music and a high-tech mixer that he masters
totally.
In Courtelary, Massimo Beck, aka DJ B-Wheel, takes music as life: with both hands, with passion. Especially since he acquired a table of
revolutionary mixing, developed in a Barcelona university, Reactable.com.
He admits that it takes hours and hours to master the beast. It's a bit like a musical instrument: once the technique is acquired,
the musician can explore all the musical universe he wants. What he likes the most, Massimo Beck, is to add complexity to the "dance music", in
to work the sound thickness, to refine the rhythmic structures, to grind the timbres, even inducing melodic lines. To infinity. Sleeping
enjoys its own mobility on the paths of the electronic avant-garde.
From the universe of samba
at Reactable.com
"Mixer is like two serrated wheels in perfect harmony," says the perfectionist DJ. Leaning on his circular machine, Massimo Beck poses
cubes of color on the screen, inscribed strange graphs of light. Constellations take shape in a map of the sky with multiple horizons.
His horizon did not predict so much music on his chart from the sky: "I did not have the chance to go to the conservatories, but I always wanted
create music ", says the builder of sounds.In Bienne, where he spent his childhood and most of his time, he evolved from 9 to 16 years, in the
rhythm section of a samba clique named Los Decibelos. "Samba is not possible as it can put you dancing," recalls
the intuitive musicos. "We played everything in our ears, samba is a frightening rhythmic complexity."
He then demonstrates how, in samba, different rhythmic patterns are interposed in the other rhythmic cells. Always this
image of the gear. "The rhythm is a construction of diagrams found in the mixer", demonstrates the DJ, posing cubes of
rhythmic menus on the circular screen. It does the same for the world of sound, harmonic or melodic patterns. Then he takes other pellets
and shapes the song by mastering its evolution, retraces its steps, memorizes, advance live, all at once. "Once you tame the machine,
you enter the family of music-producing artists, "jubilant Massimo Beck, touching the touch screen with delight.
His influences are those of dance. He mixes "take house", "deep house", "trance" and "electro" brilliantly. "With the hard core, station
the pacemakers, that sucks. I do not touch too much, "admits DJ B-Wheel, as his stage name indicates, at home, it must roll without concrete
in the big binary. If he sometimes walks at 130-145 bpm (beats per minute), he often uses a softer rhythm, from 120 to 130 bpm.
Massimo Beck is not limited to the standard. He wants to reintroduce the human dimension into the technical aesthetic. "I like to introduce
complexity, subtlety. Some current styles are too minimalist, too naked, too dehumanized. We can give back to the "take house" more
heat, even at the sound level. In Switzerland, we are very late in this research, "thinks Massimo Beck, he regrets not to know
to sing, which could help in this rehumanization.
Replace the human?
In recent times, the DJ has done a great experience in this direction with Steve Bone, a London saxophonist. "We made three pieces
in which he put a very beautiful counter-song. One can imagine a melodic line with another non-synthetic instrument, a violin for example.
Doing a "take house" with a bagpipe would be great, "imagines Massimo Beck, testing his improvisational machine and concluding with a smile:
"If we have software that replaces the human, what is it for?" He also admits that you can buy sequences of lyrics to build his creations.
But he is the builder.
www.react2mens.ch