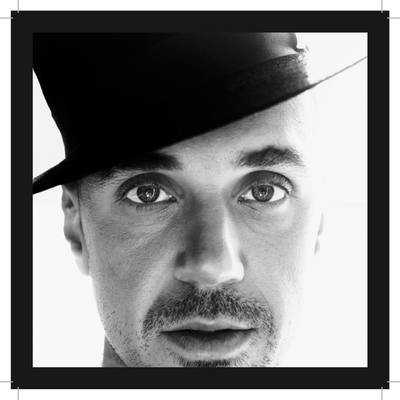 Funk, Aargau – After spending a successful year on his “Lovejam Tour”, 2005 ended with a sensational UK DEBUT concert at the infamous CARGO Club in London. His... Read Biography

After spending a successful year on his “Lovejam Tour”, 2005 ended with a sensational UK DEBUT concert at the infamous CARGO Club in London. His performance made such a huge impact that as a result he was asked to perform at the opening night of Robert Redford’s Sundance Film Festival in UTAH in January, 2006. In both 2006 and 2005, Seven was invited to perform a concert with cult-group, Boney-M and then at the UNICEF Gala, attended by many international prominent guests.Seven spent most of 2006 devoting his time and energy on new songs and spending time at some of the top recording studios in the USA. Continuing to keep to the lucky last number 7 of this special year, Seven launched his much-awaited fourth album "Home", released February 23rd, 2007. „HOME“ entered the Swiss album charts straight at Nr. 5! An incredible and well-deserved entry for the Soul Brother, SEVEN. Since the album release end of February, the media response has been amazing, giving artist and album top marks and critics, placing him in the realms of his international counter-parts on the soul, RnB scene. - The first album single "Wake Up", is produced by Keith Crouch & Rashaan Patterson (award winners for productions with Brandy and Toni Braxton). "Home" is a unique collaboration between Seven and carefully chosen international producers and musicians, namely former Prince band members, the great Sheila E (percussion), Mike Scott (guitar), Eric Leeds (Sax), the legendary Larry Gold (strings), as well as great names such as James Poyser, Myron, Ivan “Orthodox“ Barias & Carvin “Ransum“ Haggins and Commissioner Gordon. Seven is also joined by the wonderful soul queens, Conya Doss and Tamar Davis, whose vocal talents are a true musical treat! With “Home”, he awakes a deep, warm and tingling sense of belonging and the feeling of being at home, no matter where one is in this world. “Home”. a real treat of instrumentation and soulful lyrics, marks an important milestone in Seven’s international career.