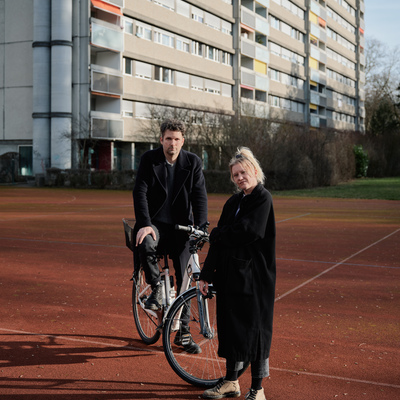 “[..] Filled with all sorts of wonderfully mossy backwoods eccentricities” - I Guess I’m Floating.

Silver Firs’ sound seems not so easy to categorize. They are combining elements of folk, dreampop and psychedelica and have an obvious affinity to non-Western pop music. «Filled with all sorts of wonderfully mossy backwoods eccentricities» wrote music blog I Guess I’m Floating and there’s not much to add to that. The band formed in 2011 and since then followed a strict DIY credo when recording and producing their songs.

While Silver Firs were still relatively unknown in their home country their releases gained a lot of attention & blog love abroad. A few days after the song Motherland was posted on SoundCloud, it reached #1 on Hype Machine’s charts of the Most Popular Tracks on Blogs Now. Features on Bandcamp, Indie Shuffle, KEXP and more online magazines followed.

The subsequent record "EP#2" got airplay on more than 75 radio stations in the USA and Canada and made it into the CMJ Charts.

The band has released a collection of three EPs on vinyl in 2015 and played several mayor festivals in Switzerland such as the Paléo Festival, Bad Bonn Kilbi and the Zürich Openair.

They are currently working on a new EP.