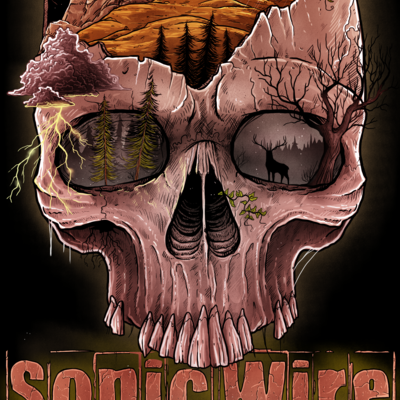 Sonic Wire is a Swiss alternative-rock band founded in Chironico in 2006. The first official formation was composed of Eric Belli (bass guitar), Sava Andjelkovic (lead guitar), Mattia Beffa (rythm guitar) and Luca Zucchetti (drums). The band's lineup changed in 2011, giving birth to the current formation with Francesco Bellicini on the drums. Sonic Wire have performed several concerts in Switzerland, including well known festivals and places of the Italian part such as: Palco Ai Giovani (Lugano), TBB Rock Festival (Taverne), Garage Music (Castione).
In May 2013 Sonic Wire recorded and released their first album under the name of "A.N.T.". The album includes songs composed by the first formation (Sonic Wire, Lady Hawke, Believe in Love) as well as more recent songs composed by the current lineup (From Far Away, Feelings, Naval Roxy,...). It reflects many kinds of musical genres ranging from heavy-rock (Life Goes On) to classic rock and even rock-pop (Twisted Minds). Beside 11 original tracks written by the band the album ends with a cover song that stands for a tribute to one among the several bands that gave great ispiration to the band: "Master Of Puppets" by Metallica.
Later on they took part in a talent show (Showtime) that was broadcast on the main Swiss-Italian TV channel (RSI1). In June 2013 the band won the first prize at the Garage Music Live Contest in Castione. The competition was held in 17 nights and was attended by 40 Swiss-Italian bands.
They are actually recording the new Album!