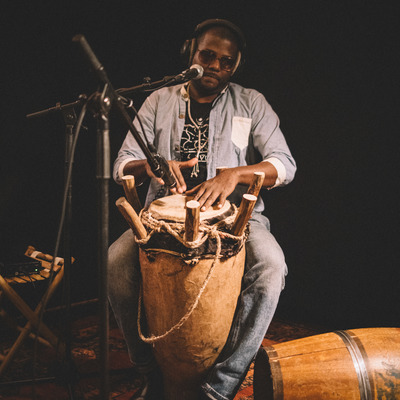 World, Geneva – Ted Beaubrun was born in Ouanaminthe, Haïti and he inherited an artistic and musical heritage from his grand father, Theodore Beaubrun, the most... Read Biography

Ted Beaubrun was born in Ouanaminthe, Haïti and he inherited an artistic and musical heritage from his grand father, Theodore Beaubrun, the most famous actor of the island and also one of the first famous percussionists.

Even more so, he is the son of the founders of Boukman Eksperyans, legendary group from Haiti that started in the 70’s, multiple Grammy award nominees, and really defined the sound of Haitian music with their “Rasin” music, bringing
Haitian voodoo music and identity to the world.

Ted Beaubrun grew up in this musical and spiritual background in Haiti. He started music at age 6 with a drum and quickly joined his parents on stage in
Haiti and abroad, his passion for performing just kept on growing from that time...

Self taught, he also plays the piano, guitar and dances when he’s not acting on stage. His first solo performances have been widely acclaimed, his voodoo voice charming the crowds everywhere he goes.
He shares his energy and messages of love, peace and self-respect with the public every time he goes on stage and delivers unique and memorable concerts.

Wearing jeans, white linen trousers, T-shirts, shirts with vévé signs – symbols of voodoo divinities - colored scarfs or even his hat and his precious djakout – the farmer’s satchel - to which he identifies for their authenticity, generosity and wardens of Haitian traditional soul, Ted is a charismatic artist.
Sometimes mystical, he’ll salute you with an “Ayibobo”, a voodoo greeting, and his drum solos are prayers to the Haitian divinities.

Registered since about 14 years
Last login on 26 February 2020