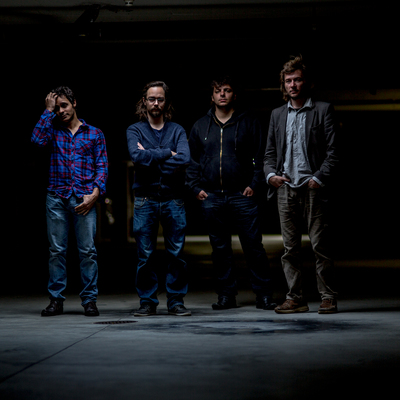 The Lonesome Southern Comfort Company was founded in 2006 as solo-project of John Robbiani (guitar, vocals and history enthusiast).
The solo part became less lonesome when John decided to rent a studio, gather some friends and label-mates (including Peter Kernel, Lake Nation and Far from the Madding Crowd) and hit rec. Giving birth to the first self-titled album “Lonesome Southern Comfort Company” (published in August 2008, On The Camper Records). A country-folk rush just in time for a political “outing” a couple of months before the 2008 U.S. elections. After-which, as all structures take form, LSCC completed itself with the arrival of Duke (drums), Abraham (guitar) and Boris (viola).
In 2010 LSCC released “Charles The Bold” – a combination of alternative-americana-indie-rock and history. The album was inspired by Charles le Téméraire, duke of Burgundy and his battles against the Swiss in 1477 (sound cool? well it is.). With this album the band began touring Europe seriously and matured into an acid-psychedelic live performance.
Now, this Autumn: “The Big Hunt”. The release is scheduled for September 30th 2013 in Europe (October 30th 2013 in the UK). The new 9-track album is a combination of alternative-country folk with electronic influences. Loyal history traveling through the air with recorded memoirs and daring tales.

LSCC will be touring “The Big Hunt” this fall across Europe (Spain, France, Germany, Austria and Switzerland) and in November they’ll hit the UK for the first time. Beware.