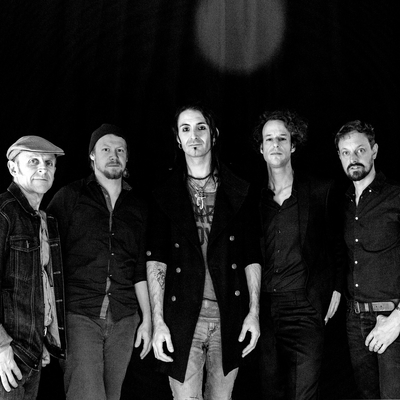 Folk/Country, Folk, Zürich – For the Upcoming Album by Bob Spring and The Calling Sirens DARK COUNTRIES please visit us on https://mx3.ch/bobspringandthecallingsirens | THE... Read Biography

For the Upcoming Album by Bob Spring and The Calling Sirens DARK COUNTRIES please visit us on https://mx3.ch/bobspringandthecallingsirens |
THE CALLING SIRENS' music is infused with authentic blues and soul and emotionally charged folk-blues. The band equally shapes these timeless raw materials into a visionary new music full of steaming originality.
Founded in 2004, the band released their debut album THE CALLING SIRENS to critical acclaim in 2009. Their second release, ROUGH SOUVENIR (2013), is clearly more furiously frayed and a lot rougher around the edges.
«In their most captivating songs, THE CALLING SIRENS transform the essence of the Delta-Sound into a raw and hypnotic rock music within which we willingly follow a mesmerizing voice into its lush bath of lucid soundscapes.» (Woody Jakob, Jamarico Records, Zurich)
The story took a different turn after their singer had left and BOB SPRING was looking for a band. Rehearsing in the same neighbourhood - what could be more obvious than bringing these talented acts together? The vibe was great!
In March 2015 BOB SPRING & THE CALLING SIRENS released their first album collaboration. The result are eleven moody compositions of BOB SPRING combined with the intensely driving arrangements of THE CALLING SIRENS. The music is infused with the essence of blues and folk with a shot of alternative country and rock'n'roll.
The new album by Bob Spring & The Calling Sirens - DARK COUNTRIES - will be released in October 2018.

Registered since over 11 years
Last login on 19 December 2018