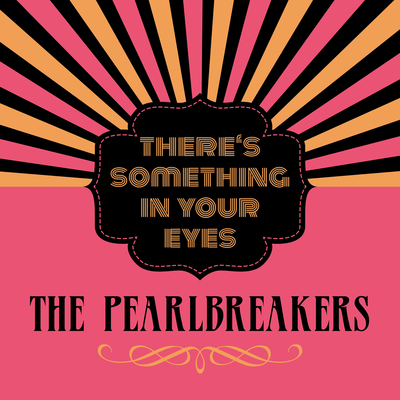 Rock, St. Gallen – They stand for catchy and melodious guitar pop rock: THE PEARLBREKERS from Buchs, in the eastern part of Switzerland, released their first album in... Read Biography

They stand for catchy and melodious guitar pop rock: THE PEARLBREKERS from Buchs, in the eastern part of Switzerland, released their first album in 2013 and played on big and small stages across their home country, making quite a noise.

Formed in 2010, the band was all excited to play different styles of music and try out new things. The boys did not rest until they had created their own individual style. THE PEARLBREAKERS developed their own signature sound: organic, truthful and melodious.

2012 was the first time when the four piece band, named THE PEARLBREAKERS, presented itself to the public with original songs. Only one year later, they released their debut album «Proof On The Way». It did not take long until they got interview requests. Various Swiss radio stations played five songs on daytime rotation: SRF 3, Grischa, Radio Rottu, Radio Beo, Radio SwissPop, Radio 24, Radio Liechtenstein. The band started to play in Switzerland and Germany, at festivals like Quellrock Open Air, Open Air Malans and many more.

The positive media feedback motivated the band at once to continue the following year. In 2014 the second album «For The Time You Live» followed. The record is characterized by fresh elements and modern danceable songs. With the catchy tune «Sometimes» once again it made a Pearlbreakers’ single for the radio rotation. Numerous shows were held within the scope of the «Radio Frequency Club» tour that brought the band to all parts of Switzerland.

After an intensive song writing period the band published the single «My Sharona» in November 2016 in a dynamic pearl-breaking version with a video clip in the «Golden Twenties» style. Now the time is right for another chapter in the band’s history, because THE PEARLBREAKERS’ family is not affected by the doomed 7th year…

In 2019, the band is continuing the era that began with the release of EP «Pearlsonic Vol. 1» in the summer of 2017. It included several successful radio singles and confirmed the band to be on the right track. Now in the spring of 2019, the announced follow-up «Pearlsonic Vol. 2» will be replenished, a package with five brand new songs. This EP release will be accompanied by the first radio-single «Action», including a brand new video clip, a tour schedule that will take the band to the entire German-speaking region, as well as the portion of enthusiasm that visitors of past PEARLBREAKERS concerts might have noticed.

Registered since about 10 years
Last login on 13 September 2021