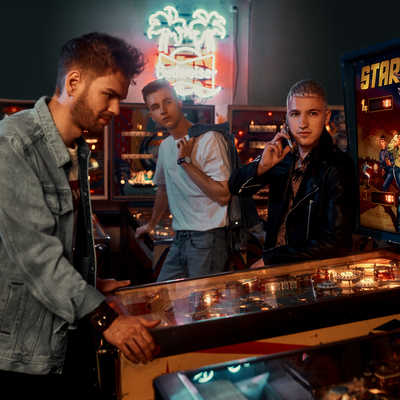 THE RISING LIGHTS (Dennis Koch, Simeon Wälti, Jovin Langenegger) is a Swiss rock / pop group from Zurich, born and raised in Frauenfeld. They have been working together as a band for over nine years now.

After releasing their first EP „The Rising Lights“ in march 2017, a second one „Quarter Life Crisis“ followed in 2019. Their songs found their way into Spotify playlists and got radio airplay on several Swiss stations such as Radio 1, Radio Sunshine, SRF3, Radio Swiss Pop and more.

However, the most important thing for the three musicians is playing live shows and keeping in touch with their fanbase. Therefore, they have played over 150 shows, including Stars In Town 2017 next to Seven, Pegasus and Emeli Sandé and Openair Gampel in 2019.

In 2022, the Band opens up a new chapter in their band history. After an intensive songwriting phase, they’re working on their debut album and bringing their sound, image and visual to a new level.

Registered since over 7 years
Last login on 8 March 2022