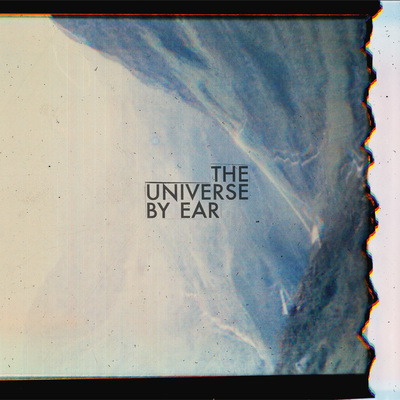 Rock, Basel-Stadt – About Where is it written that there may only be one Big Bang? In Summer 2015, to the day 13,8 billion years after the first one, The Universe By... Read Biography

About
Where is it written that there may only be one Big Bang? In Summer 2015, to the day 13,8 billion years after the first one, The Universe By Ear have initiated another big boom. Since that day basses tear black holes into space, drums dart like unstoppable comets through zero gravity and guitars paint stripes of fire on the horizon.
Three bold and daring musicians fom Basel/Switzerland have gartered for this mission, to lead rock to places no one has ever set foot before: a complex, colourful, suprising, hard and melodic landscape in a cosmos, in which improvised freefall and structured form coexist peacefully.
Fasten your seatbelts, because we are off to explore The Universe By Ear!

Statements
...as they are guided by feelings and moods and lay off gorgeous harmonies and irritating sounds. Combined splendidly with delightful backing vocals, creating a rousing maelstrom which invites us to step into deeper spheres of the universe. To a place where we rarely meet: Psychedelia.
(Marc Krebs, Pop-writer, journalist)

Heavy Psych with stacks instead of incense sticks: I don’t know which bones the boys were digging or cracking and which drugs were used. Maybe motor oil? However. Since the end of Vietnam War we haven’t heard that many times such a mean high-pitched groove with ProgRock shields (as in „Ocean/Cloud“) oozing out of the speakers. Deep down highly intricate and in the midst Ambient. Why haven’t The Universe By Ear played this music 20 years ago? – Alas, Rock was dead then.
(Chrigel Fisch, manager, Rockförderverein RFV Basel)

A scenery like a daunting natural spectacle: fascinating, slightly threatening, but you can't elude it's appeal. A soundscape drawing in magically, like the big wave taking in everything before it breaks. Booming, buzzing, bubbling with vibrating ears, all is rhythm, sound, melody, complexity and boisterous energy. And then, in the eye of the galactical storm all suddenly calms down, the fogs lift and what was impervious and disturbing reveals it's peaceful and almost zen-like strength.
(Steffi Klär, promoter)

Registered since about 4 years
Last login on 2 December 2019