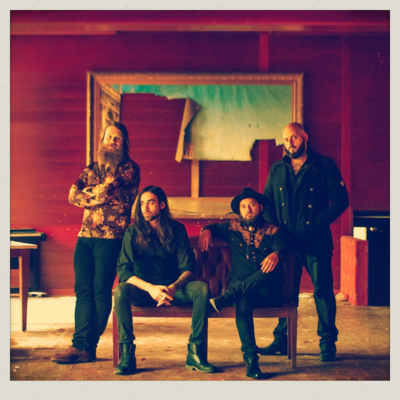 Rock, Ticino – Those Furious Flames is a rock band from Ticino, the southern part of Switzerland. 2010 studio album, "Trip to Deafness" was met with vast... Read Biography

Those Furious Flames is a rock band from Ticino, the southern part of Switzerland.
2010 studio album, "Trip to Deafness" was met with vast critical acclaim and the band toured during the last years in support of the album with some acclaimed gigs all over Europe (Russia, U.K, Sweden and more) and U.S.A. (California) and amongst the others performing in legendary venues as "Whisky a GoGo", "Viper Room", O2 Academy London and with bands as Misfits, Vista Chino (ex Kyuss), Turbonegro, Faith No More, Papa Roach, Orange Goblin, Monster Trucks and many more.

The new album “Oniricon” ( produced by Ian Peres of Wolfmother) will be released worldwide in the fall through Sliptrick Records and It will be available for both digital (streaming and download) and physical distribution, as well as limited edition vinyl.
ONIRICON features ten (10) tracks whose subject are the greatest existential questions challenging man, when confronting the Universe. Concepts that have stood for thousands of years, still lacking explanations and answers, both in the real and occult world.