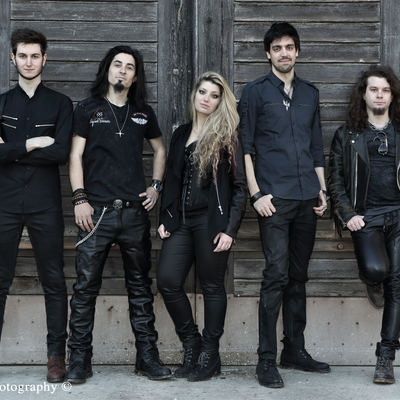 Rock, Ticino – Biography Tipsy Road is a Swiss rock band from Lugano, Ticino. Founded in 2007, the band consists of a lead singer, a guitarist, a bassist, a... Read Biography

Biography
Tipsy Road is a Swiss rock band from Lugano, Ticino. Founded in 2007, the band
consists of a lead singer, a guitarist, a bassist, a keyboardist and a drummer.
Their first EP Breakin’ the Line was released in September 2009.
A videoclip of the single “Naked” was realized in January 2012, it was selected for the finals
of the National Italian Videoclip d’Oro contest and won the best direction award.
In January 2013 their first full-length album Somewhere Alive was released. In November
2014 the band presented the full-acoustic EP Chronicles from Another Sea, driven by the
curiosity for an explorative journey through the sea of acoustic music.
The band is well known in the south of Switzerland, where it has featured at the most
important festivals, open-airs and in pubs and was awarded the first prize at the Palco ai
Giovani Contest 2012, at the Foft Music Contest 2013 and at the Rock N’ Bonsai Contest 2013.
Tipsy Road have also played outside of Ticino, such as at the Montreux Jazz Festival, at
Bürkliplatz in Zürich for the Swiss National Day in 2013, at RockCity in Uster and at
Klub007 in Prague. In 2011 the band won La Boggia Band Contest in Gordona (Italy),
whereas in 2014 it was selected for the swiss finals of the Emergenza contest in Bern and
the final round of the Rock Highway Contest in Zurich.
Their main inspirations are Deep Purple, Dream Theater, Mötley Crüe, Alter Bridge, Iron
Maiden, but also jazz and classical music.
Driven by relentless passion for quality, Tipsy Road pursue their dream to blend sound
and rhythm with meaningful lyrics to create a new kind of rock music: a music that
captivates and touches their audience.
Line-up
Anissa Boschetti - Lead Vocals
Christian Zatta - Guitar, Backing Vocals
Simone Geronimi - Bass Guitar
Elia Heutschi - Drums
Mauro Salazar - Keyboards, Hammond