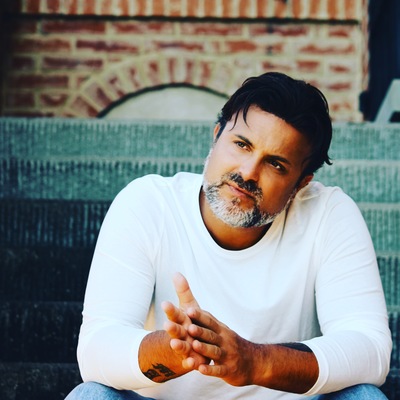 Pop, Ticino – After living and sharing his time for years between Italy (where he was born) and Switzerland, beginning in 2014 he has been producing 5 solo... Read Biography

After living and sharing his time for years between Italy (where he was born) and Switzerland, beginning in 2014 he has been producing 5 solo albums through the record labels Music-Mad Records and with Me & U Records and Artists Management based in London.[1] Alongi sings in Italian, Spanish and English and he also plays the guitar.

As of September 2015 he is included in the Swiss pre-selection for the Eurovision song contest 2016.[2][3][4][5] In October 2015 he won an award at the Akademia Music Awards in the "Best Pop-Rock Best Latin Song" division with the song "Abbracciami".[6] In October 2015 he participated in the Ghedi Festival for unreleased songs as the only Swiss male artist in the competition. He reached the semi-finals by beating a selection of 300 artists with the song "Come stai".[7]

The song "Come stai" written by Marco Giorgi (Mariadele) was launched on the radio on November 30, 2015.[7] The song reached the Italian airplay ranking in 7th place out of the 10 tracks most broad-cast by Italian radio and the 72nd place in the international top 100.[8] The song was produced by the record company Latlantide, the company with which Alongi will produce his new album.

In November 2015 he duplicated his victory at the Akademia Music Awards in the category "Best Song Pop/Latin" with the song "Con un altro"[9] written by Gaetano Capitano (Gazzè, Giorgia). He has collaborat-ed with Valentino Alfano (Mina) and Marco Elfo Buongiovanni (Cugini di campagna).

Umberto Alongi was the founding member of Diesel 23 in Lugano in 2010 with whom he performed for five years until the band broke up in early 2015. With Diesel 23 he released the album "Last Chance" through the Music-Mad Records label.

Registered since over 7 years
Last login on 4 May 2022