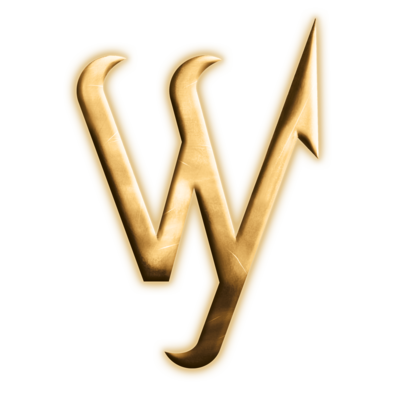 Walrus is a Swiss Heavy-Power Metal band founded by Julien Niler, Fred Nic and Alex D'Aloia.
Finding its early origins in 2014, Walrus is officially born in 2018.

- THE STORY -
It all started on a day when Julien Niler, Fred Nic and Alex d'Aloia, childhood friends, discovered the power of heavy metal. Within a few years, they started to play guitar, each on their own, until 2014 where the story really begins. On the impulsion of Laetitia (Fred’s and Julien’s sister), and led by their growing love for heavy metal, they started to jam together.

With Laetitia on drums and Julien switching from guitar to bass to complete the line-up, they quickly set up their "rehearsal space" in a cellar, so small they could hardly move... But the envy, the fun and the passion were there; they started to write their own songs, evolved in their own instruments, and eventually moved to a better rehearsal space. On the way, Antoine Flow joined them on the guitar, making Fred decide to become the singer around mid-2016. They started to define themselves as a real band.

Then came the moment in 2017 to let people hear their music, so the band registered four home-made demos. Proud of those tracks they trained together, improving their skills and taking it more seriously, and the idea to move to the next step and to become more professional came to evidence. During this change of perspective, Laetitia decided to leave the band, as she wanted to focus more on her own personal projects.

Early 2018 Walrus was finally born! The name was chosen, a logo was drawn, and the global vision of the band took shape. Soon after, Chris Klein joined the crew as their new drummer. With a complete Line-up, the band got to the point of having enough songs to perform live, and so it did from the end of 2018, having gigs here and there performed in different regions of French-speaking part of Switzerland.

2020 arrived and with the pandemic, the guys understood they wouldn't be able to go on stage anymore. This seemed to be the right time to move up a gear and write new, more mature songs for a real studio album. So, on the beginning of the Autumn, they decided to compose 5 songs for the EP-album “Unstoppable Force” and this lasted until Spring 2021, when they entered the studio and recorded the album. They worked hard and step by step learned every bit of the process, to finally unleash their creation throughout the world in December 2021!

With a very good reception of “Unstoppable Force” by the audience, Walrus is now only waiting for the opportunity to get back on stage, to play their new songs live and to share amazing moments in concert with the fans!

- MUSIC STYLE & UNIVERSE -
Walrus approach to metal is kind of a mix between two old-school worlds.
Talking about composition, his love for punchy guitar riffs brings those traditional heavy metal vibes, with little glances towards bands like Judas Priest or Grave Digger, while his need for epic harmonies and melodies takes his root in the 90's / 00's European power metal scene (HammerFall, Gamma Ray, Edguy).

The band is also very attached to these eras for their sonorities, appreciating those more guitar-centered productions with a more prominent, incisive and raw sound. Finding the perfect compromise between modern and old-school sound is a goal Walrus wants to reach.

To summarize, Walrus use all the needed ingredients such as riffs, solos, punch, dynamism and fun to propose a heavy-power metal which will make you headbang on catchy riffs, but cry on emotive harmonies and dramatic lyrics... The motto is to bring you fun, share a passion and create good moments with music together!

See ya at the gig, cheers !