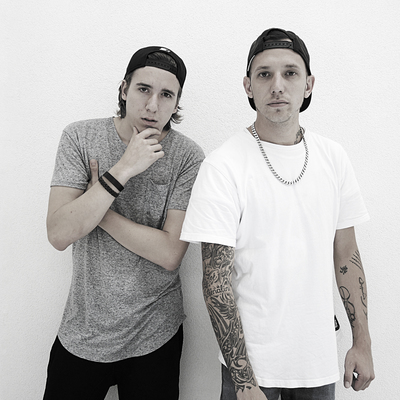 With their single STAY X-Stylez | Two-M reached over 1 million streams on Spotify and international record contracts with disco:wax, Sony Germany and others. The song was played also abroad by many radio stations in the powerplay, amongst others Energy Germany's, and even in the million TV Soap "Unter Uns" by RTL the song was used. After their single "On Me", productions for Swisscom and UBS, as well as the featuring with DJ Antoine for the album title song "We Are The Party", the single "Stay" was another big milestone in the musical career of X-Stylez | Two-M.

The new single is called CAFFEINE and it was created again with the songwriter Dillon Dixon (George Jones, Steve Holy, Neal McCoy, Filmmusik Scream, Terminator 3, Blade, etc.), which this time is responsible also for the singing part of the song. For this production X-Stylez | Two-M cooperated with the in Berlin stationed and highly talented Swiss Ricardo Bettiol.

Caffeine is so far known as a component of drinks such as coffee and energy drinks. Now with CAFFEINE X-Stylez | Two-M succeed in delivering a song, which contains this stimulating substance in the full enjoyment of music.

Registered since about 10 years
Last login on 15 November 2018