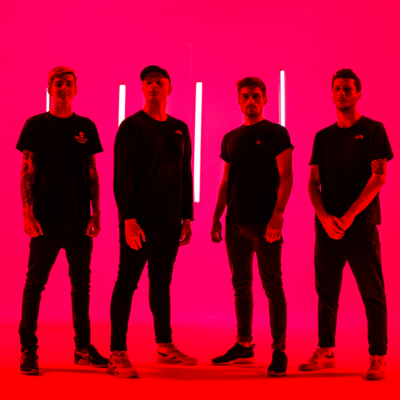 Yesterday Is History is an Alternative Rock band from Mendrisio, Switzerland formed in November 2016 by Matteo Sulmoni (Vocals), Mattia Facciolo (Guitar), Marco Stevanato (Bass) and Davide Sulmoni (Drums). The band immediately started work on their first EP and in April 2017 they went into the recording studio (Heaven Recording Studio) in Lugano, Switzerland. Frames, mixed and mastered by Giampiero Ulacco, was released in September 2017 with its first music video Deep Inside directed by Igor Grbesic which was followed by a second video from the same EP for the song From The Floor.

In March 2018 the group went back into the recording studio Heaven Recording Studio to record a new E.P. entitled Circles and after placing 1st the Italian heat of Emergenza in June, won a deal with Sliptrick Records which will see the release of Circles in Spring 2019.

Registered since over 4 years
Last login on 7 July 2022