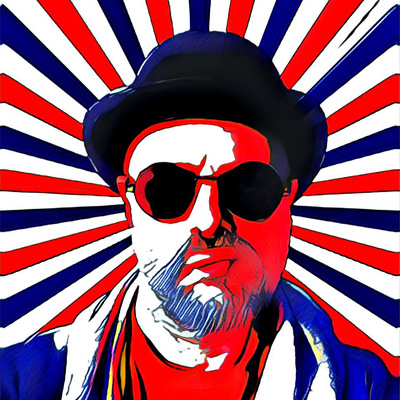 electroArtPop, Synthpop, Zürich – Your Funny Uncle is electroArtPop. It is electronic music based on synthesizers, sequencers, drum machines, vocals and vocoders. The artist... Read Biography

Your Funny Uncle is electroArtPop. It is electronic music based on synthesizers, sequencers, drum machines, vocals and vocoders.

The artist behind Your Funny Uncle is Vinnie Albani, who was born in Basel, Switzerland, and lives in Zurich since 2005. He has always been fascinated by synthesizers and inspired by artists such as Vince Clarke, The Human League, Martyn Ware, Soft Cell, Depeche Mode, Kraftwerk, Jean-Michel Jarre, Anne Clark, OMD, Marsheaux, LCD Soundsystem or Pet Shop Boys. Actually, a Pet Shop Boys song inspired the projects name Your Funny Uncle.

During the 90s, Vinnie Albani had a musical project called Vision. After that, he formed the synth pop duo This Play with Dominique Zahnd in 1997. The critically acclaimed CD 'Popcorn' and several live gigs followed. Their last release was the song ‘Monster’ in 2010 with an arty music video and marked the unofficial end of the duo.

Your Funny Uncle is Vinnie 's latest project and started slowly in 2012. While some tracks have been remixed for clubs and DJ sets since then, Your Funny Uncle officially started releasing material in 2019.

With Your Funny Uncle, Vinnie Albani proves his passion for electronic (dance) music and his sense for solid synth- and electropop. Your Funny Uncle celebrates and stands for diversity, freedom, respect, positivity, queerness and a positive attitude to life in general.

Registered since about 2 years
Last login on 7 June 2022