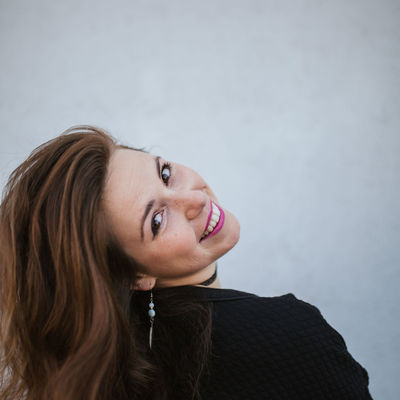 Singer-Songwriter, Luzern – Anna Mae is a singer and songwriter in music genres such as Americana, Rock and French Chanson. She was born in 1990 in Lucerne Switzerland, where... Read Biography

Anna Mae is a singer and songwriter in music genres such as Americana, Rock and French Chanson. She was born in 1990 in Lucerne Switzerland, where she still is living today and creating her tunes. Touring not only her home country Switzerland but also places like France, England or North America, Anna Mae is proud of her artistic work. Later had been showcased at Canadian Music Week in Toronto Canada, where she was offered to perform a selection of songs. Another highlight is her tour through the Midwest of the USA.

Anna Mae stands for: woman power, depth, and diversity. She says: „leave no stone unturned in trying to fulfill your dreams, everything is possible if you truly believe it“. Anna Mae, having been inspired by artists such as Tina Turner, Johnny Cash and Edith Piaf, sings about love, freedom and peace, about the pursuit of happiness and the world today.

In 2016 she quit her job as a secretary to fully commit herself to what she loves best: m u s i c. Ever since she was a child, Anna Mae’s biggest dream was to sing for the whole world. She never gave up on this vision which lead her to become an independent artist who's living from her very passion.

After having released her first EP „Let It Roll“ (2016, Tobi Gmür), a single „River“ (2018, duet with Chrigel Zenger), Anna Mae eventually released her debut album „Out Of The Woods“ (producer: Steffen Peters) in 2021. The result of this new album proves that during the past years, she has grown and developed herself as well as her music. Anna Mae is ready to take another step forward towards higher goals and is showing - stronger than ever - the ambition to never let go her very passion. Yet another song "To Love You" had been released in May 2022.

Countless gigs have turned Anna Mae into an authentic, versatile and experienced artist who’s learned to reach people’s hearts not only with her songs, but also with her positive energy and a voice full of emotion. Anna Mae’s ambition is to establish herself as a renowned singer & songwriter on a national as well as an international base. She is a truly self-made woman who wants her music to eliminate borders between us all, to lend a voice to all those who remain unheard, to message that it’s high time to listen to mother earth and find our way back home. With a high level of motivation, strength and perseverance Anna Mae is convinced of the fact that she, sooner or later, will succeed in reaching her goals.

„Never stop doing what you love, this will heal the world.“ - Anna Mae

Registered since almost 11 years
Last login on 8 May 2022