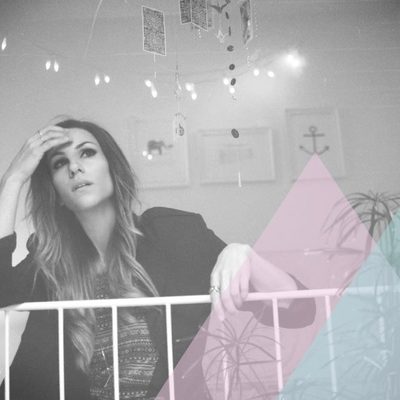 Charlie Roe grew up collaborating with other singer and artists. In September 2013, Charlie Roe released her first original EP entitled
‘Pomegrenades Attack’ as a result of a long studio collaboration with Giuseppe
Pugliese of the Mammut Project, presenting five original songs. Meanwhile, Charlie Roe
featured on a track from David Aaronson, electronic music producer. The track is titled
‘Lost in Music’, released in early September 2013. She also participated in the 2014
edition of ‘The Voice of Switzerland’, performing in large venues and progressing to
the semi-finals.
After releasing her EP, Charlie Roe brought together the members of "Charlie Roe & The Washing
Machines" in order to perform her songs to live audiences, an indie rock band inspired by the sound of
British pop and rock. Since forming in 2013, Charlie Roe & The Washing Machines
have performed at many venues across Ticino, and have performed live sessions on radio and television in Ticino and Zurich, while
creating and performing new pieces of music and reaching an expanding audience.
To date, two singles – ‘Mr Dead’ and ‘Ukulele Song’ - from ‘Pomegrenades Attack’
have been released and are currently on air on local and national radio (Rete Tre, Radio
3i, Radio Fiume Ticino and Radio Swiss Pop). In addition, ‘Ukulele Song’ has been
chosen as the soundtrack for television advertisements, currently on air.
In 2015 the band releases the EP "Paper Spring" and the single "Like A Kid". The Band also participates to the finals of Swiss My Coke Music Soundcheck Contest, reaching the third place. They also perform at the world famous Cavern Club in Liverpool, where they also record their first official video "Like A Kid" by Andrea Todaro.
During 2015 Charlie Roe performed with the Swiss Band (Swiss Airlines) showing to the audience her strong vintage and swing influences. Charlie Roe is now working on an upcoming solo project where she's going to explore brain new sounds.

Registered since over 8 years
Last login on 3 August 2021