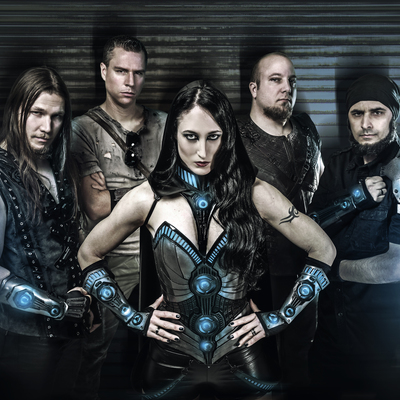 Metal/Punk, Metal, Aargau – The Symphonic Metal Band Deep Sun was founded in 2005. After several member changes the current line-up was established in 2011. Since the... Read Biography

The Symphonic Metal Band Deep Sun was founded in 2005. After several member changes the current line-up was established in 2011. Since the departure of Eros Di Prisco Deep Sun consists of the expressive classically-trained singer Debora Lavagnolo, Tom Hiebaum, who’s responsible for the catchy keyboard-melodies, Pascal Töngi, who’s fingers unleash the heavy guitar riffs and Angelo Salerno alongside Tobias Brutschi, who build the fundament with their tight bass and drum combo. With «Flight of the Phoenix» the debut album was self-released by the band in 2013.
With their sophomore album «Race Against Time» Deep Sun was able to make another big step forward in 2016. The album was produced at the renowned Bazement Studio by Markus Teske. A big emphasis was put on a diverse songwriting. As a result, a wide spectrum of styles emerged, ranging from heart-wrenching ballads to furious power-metal songs, which leave nothing to be desired. The overal picture of «Race Against Time» was completed by the first-class production quality and the outstanding artwork by Stefan Heilemann.
In 2019 the third studio-output will be released. Following the motto «never change a winning team» the same partners will be on board again. 10 to 12 brandnew songs have been composed and arranged for the new album over the course of the last two years.

Registered since about 7 years
Last login on 15 July 2020